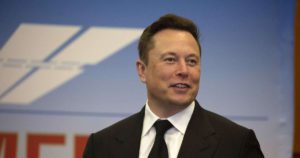 Tesla boss Elon Musk (51) is said to have become the father of twins as early as November 2021. According to court documents, available to the “Business Insider”.. Now the businessman has via Twitter spoken personally for the first time about the rumors.

“I’m doing my best to fight the crisis of the underpopulation,” writes the 51-year-old ironically, obviously alluding to the supposed baby news. It goes on to say: “A collapsing birth rate is by far the greatest threat to civilization.”

In another tweet Musk also explains: “I hope you have a big family and congratulations to those who already have it!”

Does Elon Musk have twins with an executive?

According to Business Insider, the mother of his secret twins is said to be Shivon Zilis, one of Musk’s top executives. She works at Neuralink, a neurotechnology company researching connections between the brain and computers. The children are said to have been born just weeks before Musk and singer Grimes’ (34) second child was born. However, there is no official confirmation so far.

The 51-year-old has a large family anyway – with and without twins. The tech billionaire is officially a father of seven: With his first wife, the Canadian writer Justine Musk (49), with whom he was married from 2000 to 2008, he has five sons. However, the couple’s firstborn child died in infancy. Musk has been in a relationship with Grimes since 2018. In addition to daughter Exa Dark Sideræl, who was carried to a surrogate mother in December 2021, they also have son X Æ A-Xii.