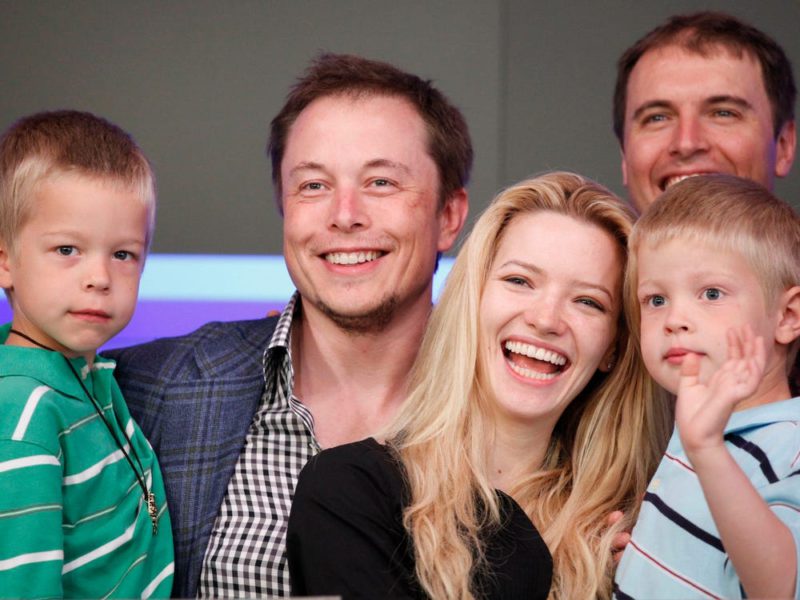 Elon Musk is one of today’s most inventive business tycoons. Throughout his career, the millionaire has been the CEO of a number of firms. He was the CEO of PayPal at one point in his career, but he is currently best known for launching the companies Tesla and SpaceX. He is also famous for being an amusing and controversial personality who has hosted Saturday Night Live and been on comedian Joe Rogan’s podcast multiple times. Elon has found time to have children throughout his several partnerships, despite being very busy over the previous two decades with firms he founded. He is the father of seven children from three separate marriages. Nevada Alexander, his first child with his first spouse Justine Wilson, died in 2002 at the age of ten weeks from infant death syndrome, according to The Sun. Here’s more about Elon’s other six children.

What is Elon Musk’s background?

Elon Musk is a technology CEO who is most known for co-founding Tesla, PayPal, Neualink, and also SpaceX. As of November 2021, his net worth was estimated to be $335 billion.

He was born in South Africa and now resides in the United States. He also has Canadian citizenship.

He is a Twitter fan, but not always effectively. He was penalized $40 million for one tweet that ‘misled investors,’ and he was caught on camera consuming marijuana during a televised interview, causing Tesla shares to plummet. During the lockdown, he tweeted, “Tesla stock price is too high, imo,” prompting a $14 billion drop in the stock price.

Following Nevada’s demise in 2002, Elon and Justine welcomed twins Xavier and Griffin into the world in April 2004. In a 2017 TedTalk, Justine disclosed that her kids were conceived via IVF. Not much is revealed about the twins, but their mother stated in a Marie Claire article in 2010 that she had attended an IVF facility immediately after Nevada’s death. Justine attends an IVF facility within two months of her first child’s demise. She and Elon intended to conceive again as soon as possible. She gave birth to twins, then triplets, in the following five years.

In 2006, Justine again gave birth to triplets (again through IVF): Kai, Saxon, and Damian, all of them are 15 years old now. Little is known about the triplets, just like their elder brothers. However, their father did reply to a Twitter video of Damian playing the piano in February. The first user mistook said that it was Saxon, but Elon quickly corrected him, stating that it was Damian. Elon and Justine divorced in 2008. In a 2010 op-ed for Business Insider, the Tesla creator discussed certain facets of his connection with the children. Their five children are equally split in custody. He noted at the time that he spends most of his non-work waking moments with his sons, who are the joy of his life.

Read Also  Kanye West: What will be the price of the sneakers that the rapper designed?

Naturally, Elon’s intense work routine leaves little time for private life, but a conversation with Elon in Ashlee Vance’s book indicates that his boys often tour his factories in California, and they often go on a yearly camping trip together. It seems that all five boys attend the same school. According to Fortune magazine, they all join Ad Astra, a non-traditional institution founded and supported by Elon Musk.

Elon engaged and separated with actress Talulah Riley twice after his separation from Justine. Their first relationship lasted from 2010 to 2012, followed by a second wedding that lasted from 2013 to 2016.

Elon’s most recent child is with Claire Boucher, better known as indie singer Grimes. Grimes’ connection with the boys remains a mystery, despite the fact that her relationship with Elon is well-known. The singer shared a selfie of herself with a pregnant belly on her Instagram account in January 2020. Elon announced the birth of his baby boy on Twitter in May 2020, though the pair had not made a public notification about her pregnancy.

In 2020, Elon and his present girlfriend Grimes (actual identity Claire Boucher) had their first kid. On May 4 of that year, the singer gave birth to their son X Æ A-Xii. The baby’s unusual name generated instant inquiries about the pronunciation of the name. In an appearance of The Joe Rogan Experience, he stated that its pronunciation is “X Ash A Twelve.” He explained to the comedian that the “A-Xii” part of his child’s name was a tribute to the CIA’s “Archangel 12” project, which developed the SR-71 jet.

Grimes revealed on Instagram on May 24 that she and Elon have modified a portion of their baby’s name. Their son’s name has changed from X Æ A-12 to X Æ A-Xii. She then replied to an Instagram commenter who wondered whether the change was due to a Californian rule stating that a baby’s name can have just letters from the English alphabet. (However, this still does not explain why Æ is still acceptable.) On the other hand, Grimes appeared to debunk the rumor, responding, “Roman numerals. Looks better tbh.”

According to sources, the baby’s first name on the birth certificate is “X,” its middle name is ” X Æ A-Xii,” and its surname is “Musk” after the name change.