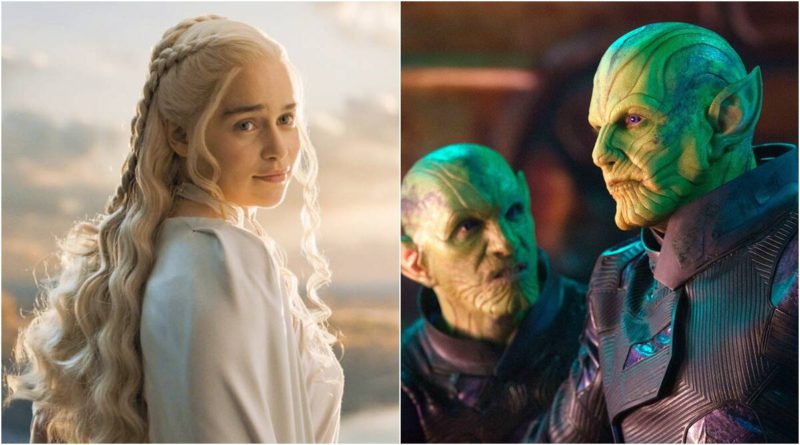 Game Of Thrones actress Emilia Clarke will be part of the cast of Marvel’s Secret Invasion.

In two days, the Marvel Cinematic Universe has added two queens as the Queen of England and the Queen of Dragons, following the acquisition of Emilia Clarke and Olvia Colman.

On Monday, it was reported that Olivia Colman, the Oscar-winning actress, and star of The Crown, had joined the cast of Secret Invasion, the new series coming to Disney +.

Now, just a day later, the news has been released that Game of Thrones star Emilia Clarke is also making her foray into the MCU with the upcoming series.

On Tuesday afternoon, Variety revealed that Clarke had joined the cast of Secret Invasion in an undisclosed role. It’s not really knowing who he might be playing, as Secret Invasion was a sprawling event in the comics and could include any number of different characters.

Emilia Clarke and the cast of Secret Invasion.

Clarke is the latest to join a roster that is becoming absolutely packed with top-tier talent. Samuel L. Jackson leads the series as Nick Fury, a role he’s had since he first appeared in the Iron Man post-credits scene in 2008.

Ben Mendelsohn will reprise his role as Skrull Talos for the series. The actress of The Crown and the breakdown of One Night in Kingsley Ben-Adir Miami represents the other newcomers to the MCU in the program.

While these newcomers could take on any number of roles, the number of characters actually involved in the series will not be as great as the comics.

Marvel Studios president Kevin Feige explained that the focus will be on the story itself, not as many cameos as possible.

“Well, there were more characters in the Secret Invasion comic series than in Endgame, so no,” Feige said.

What do you think of the cast of Secret Invasion so far? Are you excited guys for Emilia Clarke to join the MCU?