Emily in Paris season 3: Everything we know so far 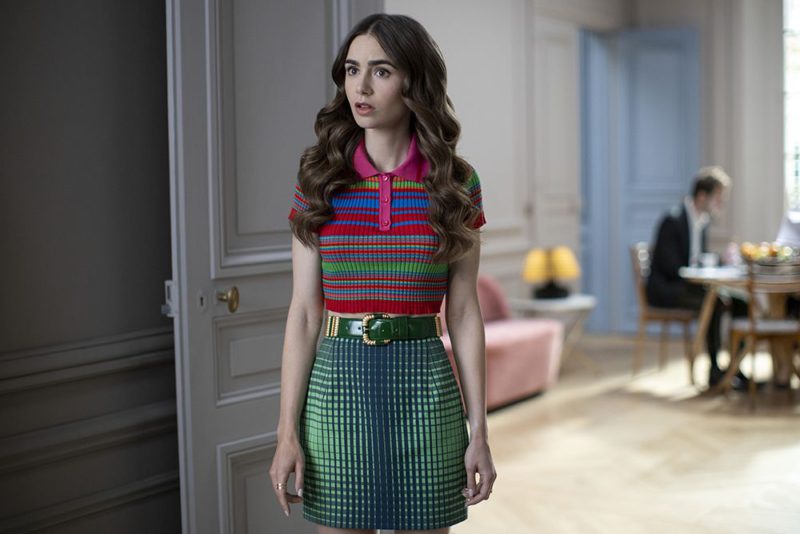 It’s time to rejoice and cheer guys because Emily In Paris Season 3 and season 4 are on their way. Netflix has also ordered two more installments of the Emmy-nominated comedy that stars Lilly Collins as an American marketing manager that is working for a French Firm and will fall into multiple romantic conundrums.

The 10 episode season of the series also saw how marketing exec Emily continues to embrace the city of Light and there will be a few faux pas along the way. Besides that, we will also see how she even sets out to learn a new language. That’s the place where she also meets British finance bro Alfie. After some time she ends up in another love triangle and this time it will be involving Alfie and her lingering love, Gabriel.

Season 2 of the series Emily In Paris ends in a cliffhanger. The question that comes at the end of the series Will Emily stay in pairs? The final scene of the show is that marketing wiz now has to choose between a possible dream promotion at St. Savior’s Chicago offices or a brand new agency in Paris. The makers ended the show before we got to learn what is her final decision.

Luckily, the fans are relieved because the streaming giant announced that Emily In Paris will go on with seasons 3 and 4 on the go. So, here’s what we know so far about Season 3 of Emily In Paris. 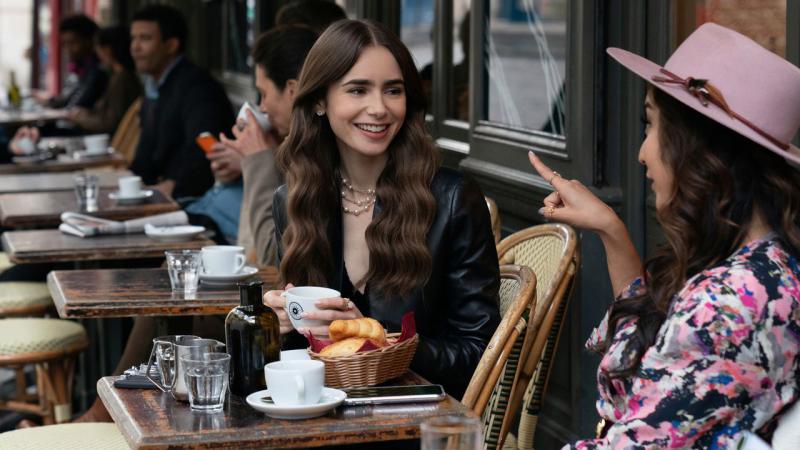 Her post mentioned: “Woke up early to give you some VERY exciting news… @emilyinparis is back for Season 3… AND wait for it, Season 4!!!!! I can’t tell if Emily would love or hate this announcement outfit but she’d be screaming either way,” Collins wrote on Instagram. “Truly love you all, thanks so much for the incredible support. Seriously cannot wait for more. Merci Beaucoup!!…”

Netflix is one of the most popular streaming services and Emily in Paris season 3 was announced by Netflix only. However, we do not have any announcement on Emily in Parsi season 3 release date but we can make some speculations. Season 1 of the series dropped in October 2020 season 1 and season 2 arrived in the month of last December. In addition to that, we can expect to see Season 3 to arrive later this year possibly during the fall season. All these speculations are based only if there are no Covid related production delays.

The cast of Emily in Paris season has not been officially confirmed. But it is safe to assume that we will see all the main characters seeing as Lily Collins and Emily Cooper. She will be returning as the junior marketing manager from Chicago who is sent to Paris to work on the position of Savior.
We are also likely to see the return of Philippine Leyoyu Beaulieu as Sylvie. She is Emily’s French Boss at Savoir. Furthermore, we are also excited to see many co-workers like Bruno Gouery as Luc, Samuel Arnold as Julien, etc. We are also expecting to see all of Emily’s friends and romantic interests should all be back like Lucas Bravo, Ashley Park, Camille Razat, and Lucien Laviscount.
Other notable Emily In Paris Season 3 cast members would include:
Read Also  Komi Can't Communicate the Release Date, Cast, Plot, Trailer, and Other details 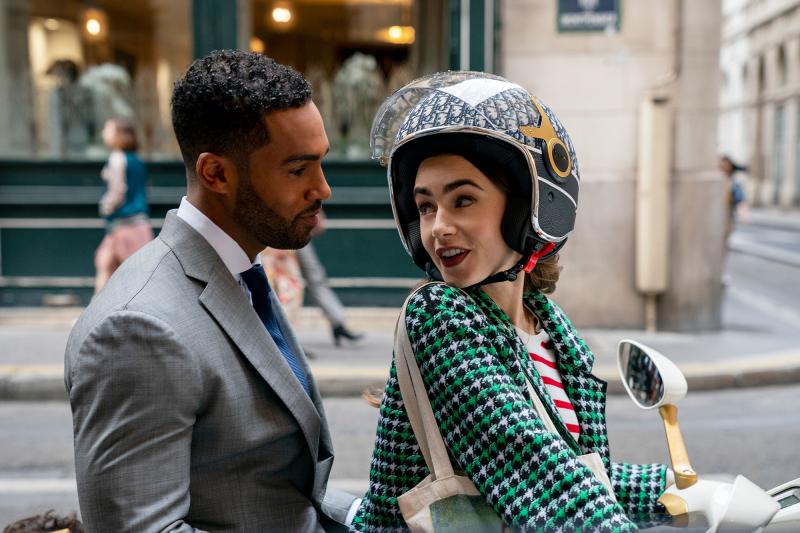 Emily’s American boss arrives in pairs and was questioned how Savoir was being run. An Affronted Sylvie quits and decides to open her own firm. After that she recruits Julien and Luc to join her also makes an offer to Emily. Now she has to decide whether to return to the states and get a promotion or whether she decides to stay in Paris to continue working for Sylvie.

Apart from the work decision, Emily is also stuck in the different romantic fuss. Emily started dating the British banker Alfie after meeting him in her French Language class. His temporary job assignment ended and now he is heading back to London. While returning he asks Emily whether they should continue seeing each other long-distance or not but Emily still has feelings for Gabriel. 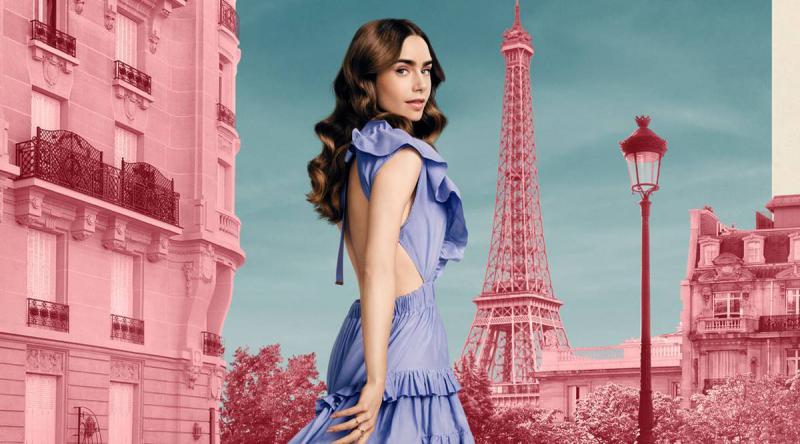 In the last season, we also saw how she shows her final courage and heart on the line when she talks to him at his apartment. Emily also discovers that Gabriel and Camille have reunited. The creator of the show Darren star talked with a media portal and said:

“She has reasons to pick a number of doors at the end of Season 2, and our challenge is deciding which of those doors she’s going to choose and why. That’s what Season 3 is going to be about. When you live in a foreign country, one of the questions is, where’s your heart? Is it the place you came from, or the place you are at the moment? Emily is going to be struggling with that as well.”

Also, the Gabriel situation of Emily in Paris will be a factor where Emily will ultimately decide where she wants to go. Also now as the sexy chef is back with girlfriend Camille, she might also end up choosing a long-distance relationship with Alfie. Now, we will have to wait and watch what happens next. 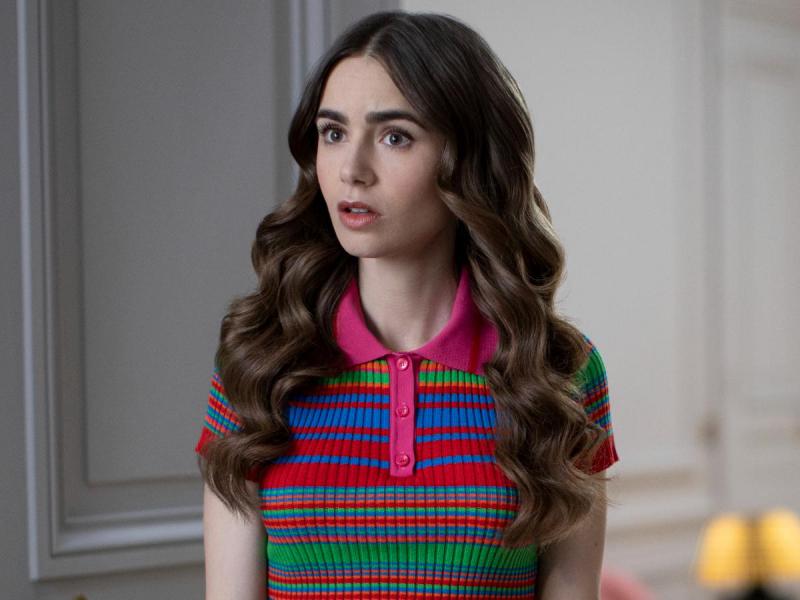 Unfortunately, we do not have any trailer for season three as of now. But we are hoping to get one real soon. However, we will have to wait for an official confirmation from the makers on that.

Emily in Paris season 1 and season 2 are available to stream on Netflix. This was all that we knew about Emily in Paris season 3. As soon as new updates roll out we will be the first ones to update our article for you. Until then stay tuned to our website and get all the latest updates and articles right here.

How to spot a good online casino in five easy steps?

Get StackTV for $0.99/month for two months