Enola Holmes 2: What Will Happen In The Netflix Sequel? 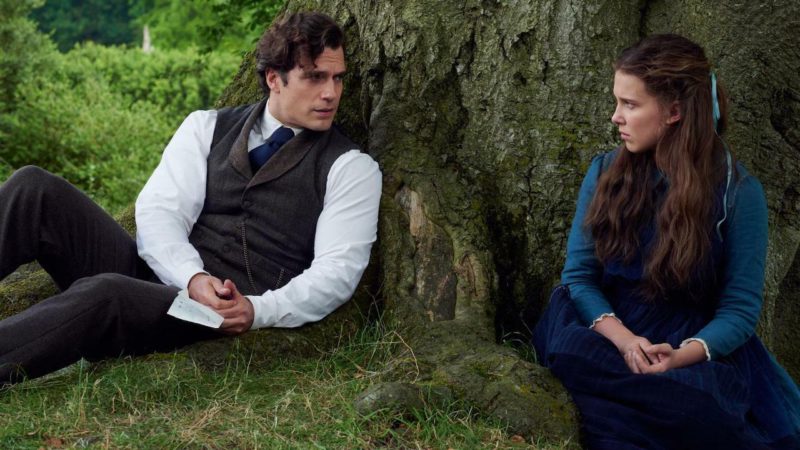 “Enola Holmes 2”: release date on Netflix, what will happen, actors, characters, and everything about the sequel.

For now, Netflix has only confirmed the return of Millie Bobby Brown and Henry Cavill for the sequel to “Enola Holmes.”

The end of “Enola Holmes” Left some clues about a possible sequel and on May 13, 2021, Netflix confirmed the second part of the film based on the ‘The Adventures of Enola Holmes’ book series written by Nancy Springer, directed by Harry Bradbeer and adapted by Jack Thorne.

But in September 2020, producer and star Millie Bobby Brown and director Harry Bradbeer acknowledged their intentions to develop a sequel. Although Brown thought about doing only the first movie when she was on set, she confessed that she loved playing the character and it would be a dream to do it again.

“Yes, there is more story to tell, it is not over yet! It has not matured, there is no final conclusion. I think she will always be someone who is constantly growing, although yes, there is definitely more to see through a screen. Harry Bradbeer [director] and I loved working together, so it has to happen. Harry, we have to send an email, ”Millie Bobby Brown previously toldDeadline.

WHAT WILL HAPPEN IN “ENOLA HOLMES 2”?

Shortly before the end of “Enola Holmes”, Mycroft and Sherlock set a trap for their sister, but the young woman discovered that the message was not from her mother and did not go to the meeting point. But the Holmes agreed that Sherlock would now be Enola’s tutor.

So, considering that the first installment adapted the first book of ‘The Adventures of Enola Holmes’, the sequel should focus on ‘The case of the left-handed lady’, where Enola solves some mysteries while avoiding the attention of her older brothers. But for now, the plot has not been revealed.

In the second book, Enola Holmes searches for Lady Cecily, a girl who seems to have run away from home, although her mother thinks something happened to her. But that’s just the beginning, as the story gets darker when a potential serial killer shows up.

The sequel to ” Enola Holmes ” does not yet have an official trailer.

ACTORS AND CHARACTERS OF “ENOLA HOLMES 2”

For now, Netflix has only confirmed the return of Millie Bobby Brown and Henry Cavill, but these are the actors who could return for the sequel.

WHEN WILL “ENOLA HOLMES 2” BE RELEASED?

” Enola Holmes 2 ” does not yet have a release date on Netflix, but most likely it will hit the streaming platform sometime in 2022.

Netflix’s I Am All Girls: Ending Explained!

Ben Affleck And Jennifer Lopez: Are Those Dating Rumors True?