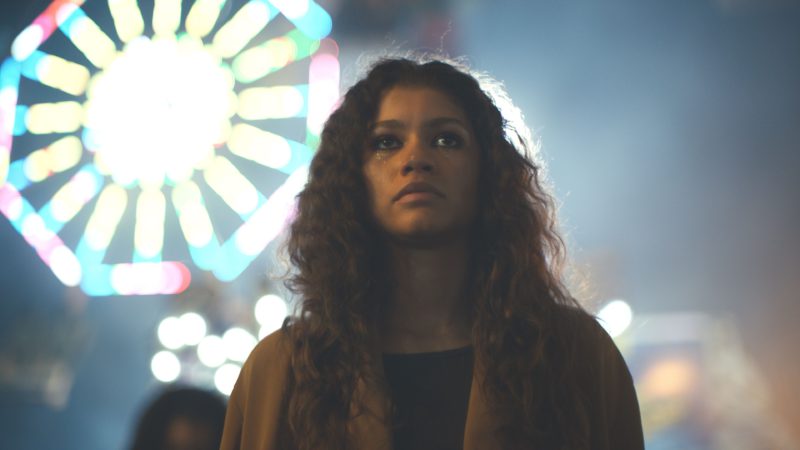 HBO’s TV show inspired by an Israel mini-series, ‘Euphoria’ is all set to mark its return with a second season on HBO and HBO Max.

It’s been almost a year since HBO announced the renewal of the hit teenage drama ‘Euphoria’ for its season 2. The first season aired back in 2019 and its conclusion in August 2019 was soon followed by a highly demanded renewal.

The show revolves around a group of high school teenagers who get involved in the quicksand of narcotics, sex, and crime, trying to fight with their inner demons and monsters to face the future. The first season of the show was seen by over 5 Million viewers across different HBO platforms all around the globe.

Though the show had a huge cliffhanger ending, the streaming giant and production house is taking a while to release its second season and its plot has been kept completely confidential to the date.

What Happened In Season 1?

In the last episode of fan-favorite HBO drama, Rue drops the idea of escaping with Jules at the very last moment and stays at the foot of the wagon. On her way home, we see some of the happiest and saddest moments of her life flashing on the screen, just before she dives into the world of narcotics again.

Rue then begins to sing All For Us by Labrinth as she reaches the top of the crowd and lets herself fall. The ending leaves a pile of unanswered questions for which the fans await an answer in the coming season.

When Will Season 2 Release?

The second season of Euphoria is yet to get an official release date from the studio responsible for a classic like Game of Thrones. Previously it was speculated that the show would return in 2020, but due to the unavoidable COVID-19 pandemic, the show’s production got a hard-hitting pause resulting in the halt of filming. The show resumed its shooting in April 2021, and we expect that the show would arrive in early 2022.