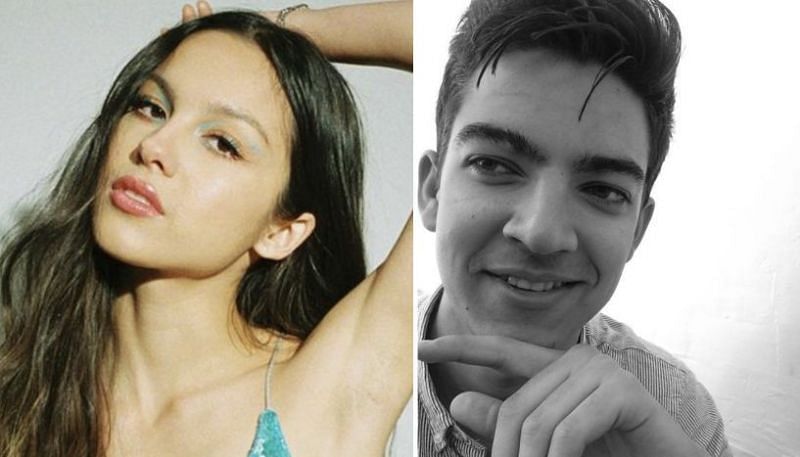 Olivia Rodrigo is one of the most talked-about sensations who are always in the limelight for her boyfriends and hookups. Now, we know Olivia Rodrigo has a new man in her life. The singer was recently spotted kissing the 24-year-old in LA in July. While we were waiting for news of her new songs, instead we got the news of her new boyfriend.  So, we have collected all the possible information about her new boyfriend who has stolen Liv’s heart.

She once dated High Schoo Musical: The Musical co-star Joshua Bassett and two also had some breakup drama but Rodrigo has finally moved on. It was then reported on June 30 that the singer is now dating a new 24-year-old producer Adam Faze. One of the closest sources to Rodrigo told them that she brought Faze as her plus one to the Space Jam 2 premiere and introduced him as her boyfriend. The couple was also photographed kissing for the first time after such a long time.

First Spotted Together During Space Jam 2

As we know both of them confirmed their relationship with Faze in June 2021. During their 29 June Space Jam 2 outing, Rodrigo not only introduced Faze as her boyfriend but the two were affectionate at Six Flags Magic Mountain. The source told media portals that they look cute together were not trying their relationship and both of them together the entire night and were found holding hands.

Adam Fraze Is A Producer

Olivia’s recent boyfriend Adam is a producer. He recently started the production company, Faze. One of the first projects under Adam’s new company will be Who Am I which describes an experimental indie. The project will be starring 13 reasons Why actors Alisha Boe and Brandon Flynn. According to his IMDb profile, he has also directed Goody Grace’s animated music videos. He has also directed an alternative hip-hop song featuring G-Eazy and Juicy J. Now, we are also getting reports he will direct a music video for Olivia one day too.

Both Faze and Rodrigo attended their first event together at the end of June. But the two of them are keeping their relationship quite low profile and offline. Adam’s personal Instagram is private as of now on the other hand his professional Instagram, @itsnotafaze is still public and Rodrigo follows it. Rodrigo has not shared any posts about him on her account. Faze is also not the first partner of a musician who has made his account private. A similar case was found with Ariana and Dalton Gomez as well when the media found out that they were romantically involved.

Faze Has Worked For Forbes

Many sources also told that Olivia’s recent boyfriend Adam Faze has also worked for Forbes in 2017. When he was 20 years old, he described himself as a 20-year-old storyteller and a creative entrepreneur who is focused on just one thing only that is the future of entertainment. Adam is also the co-founder of an event series named Chateau Savant that was launched during the Cannes Film Festival in May 2017. It is represented by Brillstein Entertainment Partners and Ziffren Brittenham LLP.

The reason behind calling him a multi-tasker is that he boasts many of the skills in whatever things he does. He has worked as a producer, director, and writer as well. Faze has received the writing credit for the TV series Day by Day and has also served as executive producer for the same series. In addition to that, he has also produced two shorts, River Fork and How Moving which will be coming out this year most probably. Adam Faze has also directed the music video Nothing Good that has Goody Grace’s music and features Juicy J and G Eazy as main stars.

Furthermore, this talented guy also runs a production company along with Jamie Dolan that was initiated last March. In fact, its recent narrative podcast Day by Day has also received great feedback from the listeners. Both of them also talked about their business and how it all began.

According to the reports we got, Olivia and Adam Faze are still going strong and they have been spotted many times together going out for dinner dates and more. Reportedly the two of them met through Olivia’s friends who were also mutual friends to Adam as well. The same source also said that they are definitely taking their relationship very much serious as of now and it is going to be exclusive. Olivia has also introduced Adam as his boyfriend during the New Legacy event a Six Flags Magic Fountain.

Read Also  Who is Kim Gretzky? Who are Walter Gretzky's kids?

Now, at present as both of them are keeping their relationship quite private so the information about them is quite limited. Also, their social media accounts are private so we could not trace more of their pictures together as well. So this was also what we knew about Olivia’s recent producer boyfriend, keep following us so that you stay updated with more updates regarding their relationship status.

Stay tuned to our website and get to know about your favorite celebrity rumors, love interests, and life stories right here.