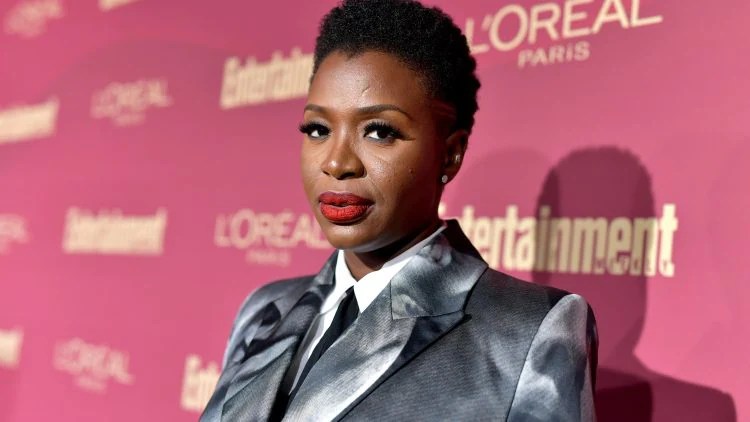 Folake Olowofoyeku is famous for playing the new leadership role but she isn’t new to this. But now her fame has become greater than ever and ever since starring on Bob Hearts Abishola. Bob Hearts Abishole is a great CBS comedy show directed by Chuck Lorre and follows the character Bob Wheeler, a compress sock businessman, and Abishola Bolatito Doyinsola Adebambo. She is a Nigerian nurse who is a single mother and after Bob suffers a heart attack and winds up here in the ward and slowly falls in love.

The show introduced us to many new actors and brought Nigerian culture well known into society. Even though she is not new to this, but she is playing the lead role and her fame has become greater since starring on the show. At present, the series is in the middle of the third season. Now fans have been wondering who is actually Folake? because she has not always been in the limelight, we have researched as much we could to let you know all the details about her life. Read on the article to know further.

Folake Olowofoyeku was born and raised in Nigeria. She was born on October 26, 1983, to great Nigerian politicians Babatunji Olowofoyeku and Felicia Olowofoyeku. She is the youngest of 20 children and was a part of the Yoruba tribe. This is the same tribe character she plays in her as well. As far as education is concerned, Folake attended Igbinedion Education Centre, which is a Montessori boarding school in Bennin City.

After that, she was transferred to a reputed Oxbridge Tutorial College. Even though she was more attracted toward the arts, her parents pushed her into the family profession of law and politics. The Nigerian native actor then moved to New York when she was just 18 years old in order to follow her dreams and start a new life.

Read Also  Orlando Bloom Fell Out Of A Window At Age 20: "They Said He Would Never Walk Again"

After moving to New York in 2001, her parents expected her that she would carry forward her studies in economics and after that, she would attend law school. But Folake Olowofoyeku had different plans. After moving to New York, she attended the City College of New York where she studied acting and also earned a degree in Bachelor’s of Art in Theatre. She also got many awards and honors for her extracurricular activities when she was in school. She also received a diploma in audio engineering from the Institute of Audio Research. During her study time, I’m college, the actress also developed many other hobbies. Folake started playing basketball and got enrolled in the school basketball team as well. During her sports time, she competed in the NCAA women’s Division III for the Beavers. She is also a professional guitar player and certified to teach it as well.

According to the interview with The Hollywood Reporter, Olowofoyekyu was taking a vacation to see her sister in New York. She got on the flight on her birthday, never looked back since then, and never returned home. It was one of the biggest moves and moments of her life. she said in her statement:

“And it is where I learned to be a lot more open — more open than I’d ever been in my life. Nigerians aren’t necessarily extremely affectionate, at least in my family. And that’s the first time I became comfortable with that,” she told the publication.

“I think being in New York in general just fed me. Working off-off-off-off-Broadway gave me the foundation that has sustained me throughout my professional life,” she continued.

Folake Olowofoyeku lived in New York till 2012 and even got a job at an off-broadway theater. But she actually did not join there. Because suddenly her mother passed from breast cancer and a few years after graduating from college, she could keep herself together. This somehow took her back and it also took her time to regain her stamina. But when she found the strength again, Folake picked herself up and moved herself to Los Angeles to further strengthen her acting career.

Before starring in the Bob Hearts Abishola series, the actress had played very minor roles in other popular TV shows including 30 Rock, Law & order, How To Get Away with Murder, Modern Family, WestWorld, Criminal Intent, White Collar, and Transparent. We could not bring all the list but she has surely played many roles in the series.

The first movie she played her role in was in 2017 in Death Race 2050. Her first short film credit is When They Could Fly. This particular movie helped him earn the best actress award at ReelHeaART International Film Festival. In 2018, in another movie, she gained the titular role of Abishola in Bob Hearts Abishola. This was the first American sitcom to feature in the Nigerian family.

Apart from acting, another passion Folake followed was her love for music. Folake Olowfoyeku really knows very well about music. She plays Afro-beat electronic music under the Moniker The Folake. She is also a self-taught guitar artist, The Folake also knows how to play piano and has worked as a sound engineer. The Folake also appeared in two David Bowie music videos named The Stars and The Next Day in 2013. She has played background music for The Kelly Clarkson Show. In fact, to our surprise, she has also announced that she will be teasing new music very soon and this was announced through her Instagram.

Relationship With Friends And Family

If we go by the reports from a portal, she was previously married, but Folake Olowofoyeku is single. We do not have any information on her ex-husband except that she is rumored to have two children with her ex-husband. As she likes to keep her personal life pretty much private we do not have much information about her friends and family. We also say she appeared on the red carpet with Jonah Warton in 2018 but the photo has now been deleted from Instagram. So we can say he was a decent love interest of Folake but the relationship fizzled out quite quickly.

Her character on the show is a single parent to a twin son and two nieces that are completely hilarious. Abishola also works as a nurse in Detroit and she meets Bob after he had surgery and both of them fall in love at first sight for him. He later pursues her and they fall in love and eventually even get married as well. Now she has to adjust to her new life in America and deal with the repercussions of her ex-husband.

Now the story brings up how it will happen to be in growing up in Nigeria and what the character is dealing with firsthand. In an interview, she told The Hollywood Reporter,

“And it is where I learned to be a lot more open — more open than I’d ever been in my life. Nigerians aren’t necessarily extremely affectionate, at least in my family. And that’s the first time I became comfortable with that,” she told the publication.

“I think being in New York in general just fed me. Working off-off-off-off-Broadway gave me the foundation that has sustained me throughout my professional life,” she continued.

So this was all about Folake Olowofoyeku’s life from her early birth and brought up till her being the new leader of the show. Follow our website to get more articles like this on your favorite celebrities and their life.