Everything You Need to Know about Good Girls Season 3 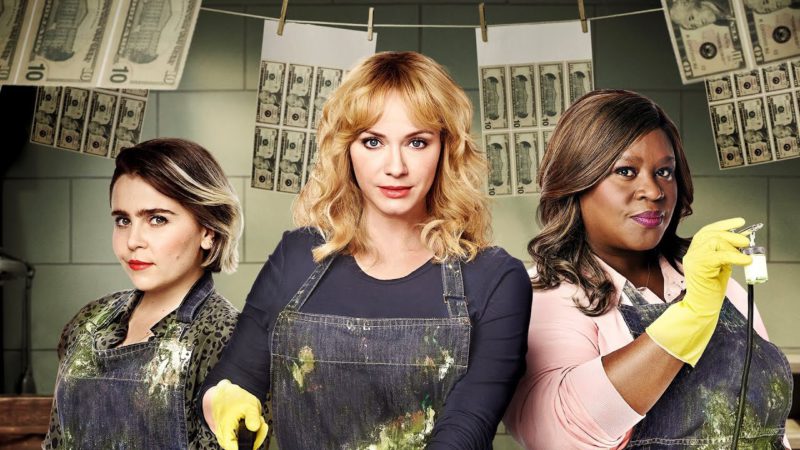 Coronavirus pandemic did nothing good but one thing that it helped us with was providing us the best series Good Girls Season 3. And that too in a short durable episode format. The Good Girls season 3 was cut down to five episodes short and managed to pack a lot into that. Those 11 episodes that did air have resolved everything completely. The executive producer of the show ill Krebs also told Bustle the previous year that he is very much excited for the new plot and twists in the show.

The Netflix series is created by Jenna Bans and first arrived in 2018. It was an instant hit amongst the audience for its amazing comedy track and thus it captured a devoted fanbase. Indeed all of this has put a very strong base for Good Girls season 3 as well. The show basically follows the story of three mothers from Michigan who opt to live the lives of criminals in order to make their ends meet.

In the third season of the show, we will see the three women starting their own counterfeiting businesses. As they think Rio is dead, the ladies Ruby, Annie, and Beth start their own business at the back of the stationery store where Beth actually used to work. Ruby who actually started working as a manicurist contributed nail polish used as a chemical agent. After that Annie was working with the valet to provide the dollar bills they would use as the paper. In fact, they also recruited some staff Lucy who was the coworker of Beth. Lucy helps them make the money printing plates because she got convinced that they were making fake cash for a casino charity night.

Boomer Will Return Back

We will see in the story how Beth saves up money to pay the hitman, but Rio also talked Beth about picking up a package for him. That task turns out to be Annie’s creepy and ugly former boss Boomer. He had actually broken out of jail and was not expecting to be transported to Canada. However, Beth was instructed to deliver him to Rio. Once she drops Boomer off, Beth then tries to convince Rio not to kill Boomer. Then Rio says I have different plans for him and this will be taken forward to Good Girls season 4.

Lucy Gets Murdered With Her Boyfriend On The Case

In Good Girls Season three unfortunately Lucy also gets murdered. In order to prove to Beth that she was not in control, Rio shoots and kills Lucy. He did not want her to run the business because he already had her printing plates. Rio also tricked Beth into touching the gun that actually killed Lucy. After the disappearance of Lucy her boyfriend Max begins to question Beth. She then tries to trick Max into thinking Lucy had packed up and then moved away. Max somehow gets convinced with this story but the moment he spots Beth’s husband Dean with the bird he started having some second thoughts.

In season three of Good Girls, Annie went through a lot and has also experienced good growth in her character as well. She even started taking therapy and studying for her GED. She then becomes EMT. But on the other hand, she has also started to fall for her therapist who was previously bad at drawing boundaries. He keeps on flirting with her, helped her study but later it was revealed that he had a fiancee. This leaves Annie heartbroken, sad, and dejected.

FBI Is Now Onto Them

FBI gets to know about all the cash Ruby brought in the car. The intelligent FBI agent Phoebe Donnegan also then figured out that the chemical used in the cash was nail polish. That’s because Ruby worked at a nail son, and Phoebe was also pretty sure she had her women there. Phoebe goes to the salon to get her nails done and then gets later tracked down at the park where she was hanging with Annie and Beth.

Christina Hendricks is the one who is playing the role of Beth in the cast of Good Girls. She is the undeclared leader of the group and is the mother of four children. Christina has also worked on different popular films and television projects in her entire professional career.

Retta has also played every major character of Ruby Hill in this show. She is known as the first comedian who has given numerous stand-up performances in her career. Ruby hill has enjoyed a pretty amazing run in films and televisions as well. There are many popular shows and films like Alvin and the Chipmunks: The Road Chip, The Lego Ninjago Movie, Good Boys, Parks and Recreation, Key & Peele, and more.

Mae Whitman has also played a different role in the cast of Good Girls. She happens to be of Annie Marks who has become a teenage mother in the past and has always struggled for the money. She has also worked in different televisions show and numerous films as well.

Stay tuned to our website and get to read more articles like this on your favorite celebrities and more.