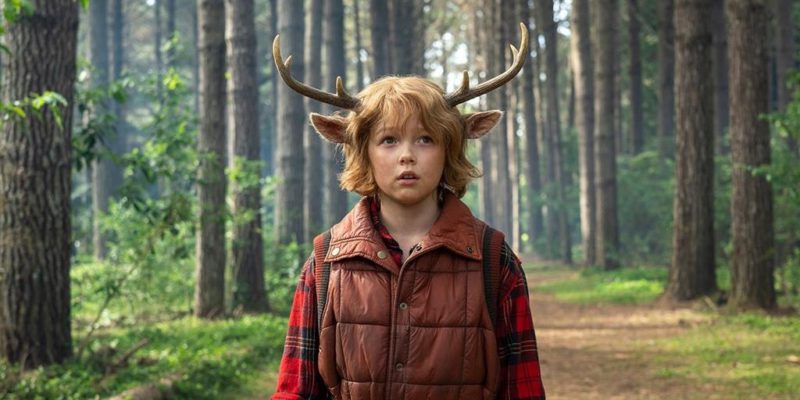 We all know Netflix has renewed its very latest and loved series Sweet tooth for a second season. This amazing family adventure series is produced by Robert Downy. According to recent reports, the filming of the series will begin in New Zealand in 2022.

Even though the world of Sweet Tooth is completely post-apocalyptic in nature, fans really hope that the end of days never come at least for this show. Now after the end of season 1 and renewal announcement for season 2 have left fans wondering what’s next in the adventures of gus. There are so many questions we need to get answers for and that’s only possible when season 2 of the series arrives.

So, if you are one of the craziest fans of the Sweet Tooth series on Netflix then here’s everything you need to know about season 2 of the series.

Will Sweet Tooth Return For Season 2?

In order to get a final renewal for the series, the shows need to be on the top watch lists. Sweet tooth totally met the targets and right level of audience and thus the series was renewed for a second season. Besides that according to the data given by FlixPatrol, the show was hit in almost all the regions of the world and thus we can surely expect the renewal coming soon onto our screens from the makers. The show also performed very well on Metacritic and got 78 from the critics out of 100. Besides that on IMDb, the show boasts 7.9 stars. All of this completely made fans believe that season 2 of the series will be announced by the makers.

Sweet Tooth on Twitter: “IT’S OFFICIAL: #SweetToothSeason2 is officially happening and our cast found out in the sweetest way possible: https://t.co/6R6X3mxwvk” / Twitter

In the renewal statement, the showrunner Jim Mickle said: “It’s been equally thrilling and heartwarming to experience how people around the world have been falling in love with our deer-boy. We couldn’t be more excited to continue our collaboration with Netflix and keep following Gus and his friends on their extraordinary journey.”

The showrunners and streaming giant Netflix both of them kept everything quite hidden until season 2 was announced. Also, according to a report the main source material from where the story has been adapted has only covered a little part so we might not get two but three or four seasons of the series. Keeping all these things in mind, we can speculate for season 2 to arrive sometime in late July or August 2022.

Also, the post-production part of the Sweet Tooth series is a big deal, so we might also have to wait for much longer. However, in the end, we know that it will be worth the wait for sure. The shooting for season 2 has been scheduled for January 2022 and it looks like the show will return to Auckland, New Zealand to film all the upcoming episodes of the series.

Susan Downey spoke about why they chose New Zealand:

“Filming in New Zealand gave us a really beautiful and exaggerated landscape that played perfectly into the look we were going for, because unlike many post-apocalyptic stories where everything’s kind of gray and dusty with crumbling buildings, the central idea for Sweet Tooth was that nature was reclaiming everything. We created this idea of “storybook dystopia,”meaning everything had to be lush and green and heightened. The setting was absolutely perfect for the storytelling.”

Unfortunately one cast member we won’t be seeing in the series is the narrator James Brolin who is the father of Josh Brolin. Brolin also talked about how the executive producer of the show Robert Downey offered him his first voice-over role in Sweet Tooth. He said in his statement:

“I’ve known him for years. He’s come from here and there and done some absolutely beautiful work over the years. The early movies of his are just wonderful to re-see. And we’ve been friends for a while. And we are neighbors. That’s most of it and we had lunch one day and then Susan, his wife, is delightful and an effective go-getter producer,”

Besides that, we can see many new characters joining the show too. There was a casting call out in New Zealand where the makers were searching for kids who may be drag and be hearing impaired and are well versed in NZSL sign language. Reportedly the casting call is for the four new hybrids which are Finn Fox, Wally Walrus, Haley Mockingbird, and Jo Jo Cat. However, it’s better to take this news with a grain of salt because none of these characters are involved in the source material and it might turn out as a rumor in the future. What we do know is that Oanh Ly will be joining Sweet tooth season two for the role of co-executive producer.

What to expect from Sweet Tooth season 2?

We all know that there’s plenty of the source material that is left to bring out more stories in season 2 of the show as well as in more seasons. At the end of season 1, we finally knew where is Gus’s mother Alaska is, so we can see their voyage to the North and it is believed that she is looking for a cure. We also saw that Gus was captured by The Last men and other kids also look to be in action so they can plan an escape. We can also see Big Man coming forward to free Gus as he has survived the wounds.

In season 2 of the show, fans are hoping that they will get to know the origin of the virus that caused the mutations in the first place. Now we will have to see whether the makers of the show will follow a scientific path or will take it into something religious like the comics. In the end, we know Alaska is the key thing in the whole scenario, so now we are expecting that this specific role will be quite important for the Sweet Tooth season 2.

It’s quite tricky for us to speculate any teaser or trailer release date. But if we have to do it when it would be around late 2022 and it is probably our best bet right now. But as soon as we get an update from the makers we will be the first ones to update you.

Until then, you can stream season 1 of the Sweet Tooth if you haven’t watched it. We will keep you informed regarding the other updates. So, stay tuned to our website and keep following our updates.