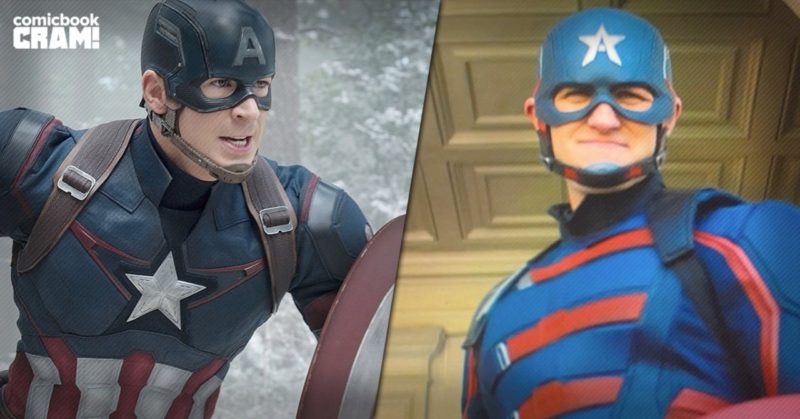 The second Marvel Studios fiction after ‘WandaVision’ has put the finishing touch with the chapter ‘One world, one people (1×06).

‘One world, one town’ (1×06), the last episode of Falcon and the Winter Soldier, has been the outcome of the second Marvel Studios and Disney + fiction after Scarlet Witch and Vision. The series, starring Anthony Mackie as Sam Wilson and Sebastian Stan as Bucky Barnes, has opened the door to other storylines in the Marvel Cinematic Universe. One of them is that of John Walker ( Wyatt Russell ).

The character has been first introduced to the franchise in this series. First, as the new Captain America. He was later removed from office after violently killing one person in front of a crowd. However, he decided to continue as Captain America by building his own shield. In the final episode, he has not only shown that he is not a common villain by trying to save a group of people about to die. It has also earned a new name: US Agent.

Read Also  Incredibles 3: Release date, cast and everything you need to know

In the final minutes of the chapter ‘One World, One People’ (1×06) it is revealed that John Walker has decided to join Valentina Allegra de Fontaine ( Julia Louis-Dreyfus ) and she has given him a new suit. One that is the same as the one he wore while he was Captain America, but in black. But who is US Agent and what does that name mean?

In the comics, US Agent made his debut under the name of SuperPatriot, a character with a strong patriotism but without morals whose idol was his brother, who died in the Vietnam War. Following in his wake, he enlisted in the army. After receiving an honorable discharge, a friend told him about the Agent of Power, a mysterious individual who gave people superhuman abilities. Mark Gruenwald, his creator in Marvel comics, built him up as an anti-Steve Rogers. As you can see, the core of the comic book and fictional character is similar, but in the series, John Walker had not received the name US Agent until now.

Valentina Allegra de Fontaine’s plans have yet to be revealed, but the character could connect with the future Secret Invasion series. If this is the case, John Walker will return to the Marvel Cinematic Universe working for the character of Julia Louis-Dreyfus. as she says at the end of the chapter, things “are going to get ugly” and when they do, they will not need Captain America, they will use US Agent. With what intentions? We will have to wait to see it

Falcon and the Winter Soldier has ended, but the Marvel Cinematic Universe continues. The next chapter in Phase 4 of the franchise is the Loki series, starring Tom Hiddleston. The fiction will debut on Disney + on June 11.