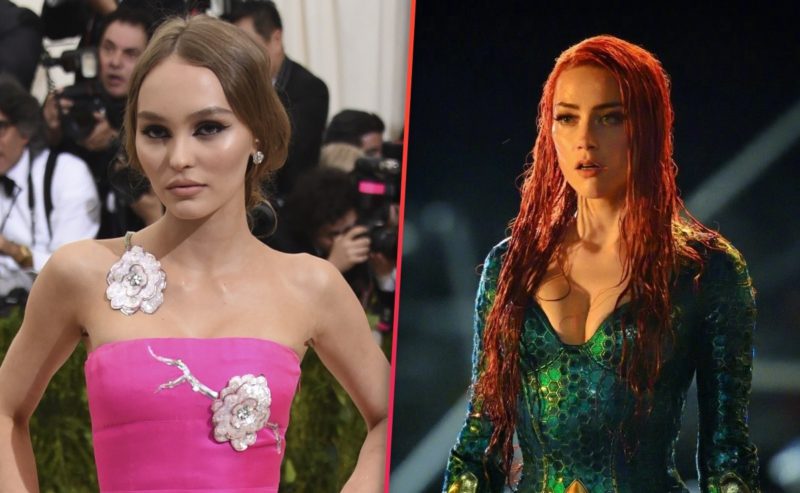 Currently, the trial of Johnny Depp against Amber Heard for defamation, after their divorce, and the publication where the actress called him a “wife beater” is still taking place. Although there are still a few weeks to go before the court gives the final verdict, fans now want Lily-Rose Depp to be the new Mera of ‘Aquaman 2’.

Since last April 11, 2022, the trial between Johnny Depp and Amber Heard began, where testimonies from both parties have been presented, and evidence on the actress’s alleged infidelities with Jason Momoa, her protagonist of ‘Aquaman’, as well as Cara Delevigne, Elon Musk and James Franco.

It might interest you: They deny that Amber Heard had blows due to a fight with Johnny Depp

There are still a few weeks to go before the Virginia court gives the final verdict on the resolution of the case. However, fans have asked since the announcement of the couple’s divorce, and the accusations of violence by the actress, that she be replaced as Mera from ‘Aquaman 2’, and initially they proposed to Emilia Clarke, who had already worked with Jason Momoa on ‘Game of Thrones’.

It might interest you: Johnny Depp hoped to have a “proper goodbye” from ‘Pirates of the Caribbean’: “It was too painful”

But now, fans have proposed Lily-Rose Depp, daughter of the ‘Pirates of the Caribbean’ actor, to replace Mera, as some believe that she will be the perfect option, in case the court finally finds Amber Heard guilty, As some rumors advance in Warner Bros.

So far, Lily-Rose Depp has never made any statement about the legal problems her father is going through at the time. Although some believe that it could be something disgusting, since the character of Mera and Arthur Curry have romantic advances, and the young actress is 22 years old, while Jason Momoa is 42.

So far, Lily-Rose Depp has very few movies in her career, such as ‘The King’, the Netflix movie with Timothée Chalamet, ‘Silent Night’ and ‘Wolf’. However, her modeling career has kept her away from her father’s problems, and she has not come forward with any testimony about Johnny Depp’s relationship with Amber Heard.

In case Amber Heard loses the case, and pays the $50 million dollars that Johnny Depp asks, Warner Bros. Discovery has made no mention that it will replace the actress for the premiere of ‘Aquaman and the Lost Kingdom’ , which has already finished recording, and is expected to be released in 2023.

Animal Kingdom: New poster reveals what is suspected of the sixth and final season