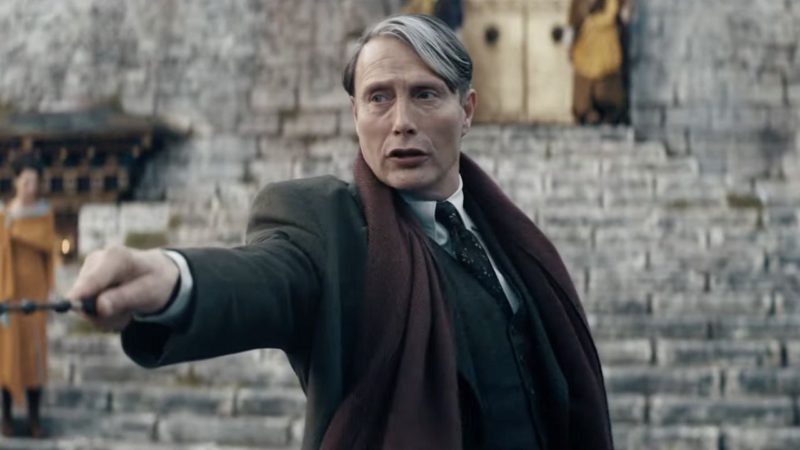 After several problems, Fantastic Beasts: Dumbledore’s Secrets is finally on track for an April release. The specialized press had access to the film and this means that the first reviews of the return of the magical world to the big screen have arrived.

The last time we saw magizoologist Newt Scamander (Eddie Redmayne) was in 2018 with the premiere of The Crimes of Grindelwald. Shortly after it was announced that the third installment was already in preparation. The emergence of the pandemic was responsible not only for frustrating the shooting plans, but also for the release dates of the film. When he seemed on track, Johnny Depp decided to walk away from the film. Director David Yates and Warner Bros. immediately began their search for a new actor and almost immediately found the ideal actor to play Gellert Grindelwald, Mads Mikkelsen.

The Danish actor joined the cast and began shooting his scenes and those that Depp had already shot. With everything in place, Warner Bros. was finally able to set a release date for Fantastic Beasts: Dumbledore’s Secrets. Now that all the delays are in the past, Dumbledore’s Secrets had its international premiere in England, where its cast, Harry Potter stars and a select group of guests were able to see the film.

Read Also  Spider-Man 3: No Way Home: Release Date and All you need to know about

? Jude Law, Eddie Redmayne, Mads Mikkelsen and more brought Wizarding World magic to London, at the World Premiere of Fantastic Beasts: The #SecretsOfDumbledore. Return to Hogwarts and see it in cinemas April 8. ? pic.twitter.com/PFGeeAKFcW

Within that group was the specialized press, who after seeing the film were able to give their first impressions. Most agreed that the story is superior to previous ones. They also highlighted Mikkelsen’s role as the new dark one and noted that the film has a lot of Harry Potter mythology, so the fact that it’s Fantastic Beasts is lost a bit.

This was said by the press:

Digital Spy’s Ian Sandwell wrote: “Fantastic Beasts: Dumbledore’s Secrets is an improvement over the sequel, even if it only briefly brings back the magic. Mads Mikkelsen is a huge improvement, but the MVP (Most Valuable Player) is Jessica Williams’ Lally. It’s just overloaded and I’m not sure if it’s a Beasts movie or a Harry Potter movie.”

Collider’s Perri Nemiroff commented: “Fantastic Beasts: Dumbledore’s Secrets is a great bounce back for the Fantastic Beasts series for me. Get back to enjoying the group dynamic and worrying about the main mission. A little thin here and there, but a much more attractive ride than before. Dan Fogler is still one of the favorites and the Niffler.”

Rotten Tomatoes reviewer David Lee detailed: “The Secrets of Dumbledore is an exciting and enjoyable adventure into the Wizarding World. Fortunately on top of the above, it’s probably the best Fantastic Beasts yet. Great character work, fun adventures, and awesome duels. The fans should really enjoy it!”

Griffin Schiller of Film Speak wrote: “Fantastic Beasts 3 doesn’t just completely tackle the series’ biggest problems. Still by far the best of the 3. The series feels fun again. Dumbledore’s layers are pulled back and explored in interesting ways. He had a great time.”

Looper’s Xandra Harbet commented: “The Secrets of Dumbledore is a magical collection of homages to the Potter films, featuring a new slate of wondrous creatures and myths. Fantastic Beasts 3 rectifies fans’ biggest qualms with AM2, delivering answers, groundbreaking moments and epic battles in this love letter to the misfits.”

Fantastic Beasts: Dumbledore’s Secrets has a release date of April 15, 2022.