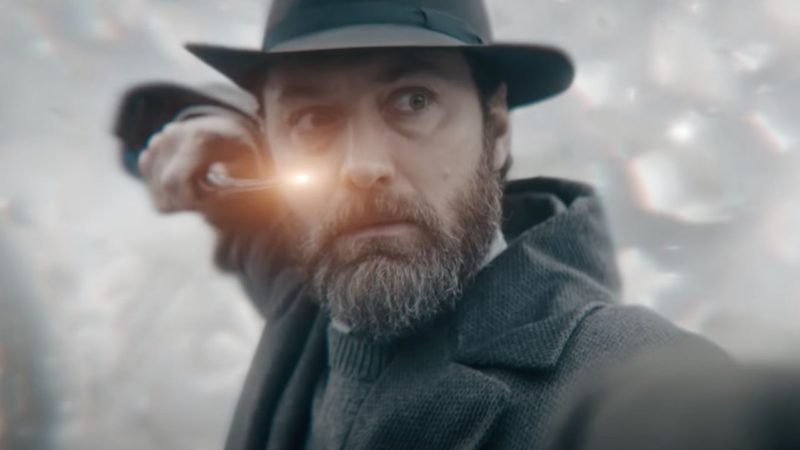 Fantastic Beasts: Dumbledore’s Secrets recently hit theaters. The third film of the Harry Potter spin-off was expected by fans of the Wizarding World. While the film had a good opening weekend, it fell short of its predecessors’ record and could spell trouble, too.

Dumbledore’s Secrets (see review) earned $43 million in the US. This is not good because Warner Bros. is attentive to the numbers of the film, depending on how they are, the company will evaluate or not the possibility of a new installment for the saga.

As for previous installments, 2016’s Fantastic Beasts and Where to Find Them opened with $74 million, while 2018’s Fantastic Beasts: The Crimes of Grindelwald took in $62 million. With a start of $43 million, The Secrets of Dumbledore will have to work hard, especially abroad, to be able to get a good mark and leave WB happy to get another sequel.

Warner Bros. executives are reportedly waiting to see how Fantastic Beasts: The Secrets of Dumbledore pans out before officially greenlighting the fourth and fifth films. pic.twitter.com/JhjIZfpmHR

As for second place at the box office comes Sonic 2. The sequel to the 2020 hit film is off to a great start and this weekend hit $30 million, leaving a cumulative total of $100 million. In third place appear Sandra Bullock, Channing Tatum, Daniel Radcliffe with The Lost City. The action-romantic comedy took in $6.5 million in its fourth weekend, leaving a cumulative total of $80 million.

Finally, one of the films that continues to be part of the most watched is The Batman. The Matt Reeves film, which is now available on HBO Max worldwide this Monday, continues to establish itself as the highest-grossing film of 2022. During this weekend, the film that was presented in early March reached the $750 million mark dollars in revenue worldwide.

With this figure The Batman joins the box office list led by Spider-Man: No Way Home with $1.89 billion dollars, and where the Chinese tanks The Battle at Lake Changjin with $902.5 million and Hi, Mom with $822 million appear. million dollars, Daniel Craig’s last film as 007, No Time to Die with $774 million dollars, is not lost either.

#TheBatman has become the fifth film since the pandemic to gross $750 million worldwide.(via https://t.co/riIkRgvXFr) pic.twitter.com/X30ajwKAu7

Now that The Batman is streaming, it’s sure to give the theatrical version a new boost.