Fast & Furious And Jurrasic Park Could Have A Crossover! 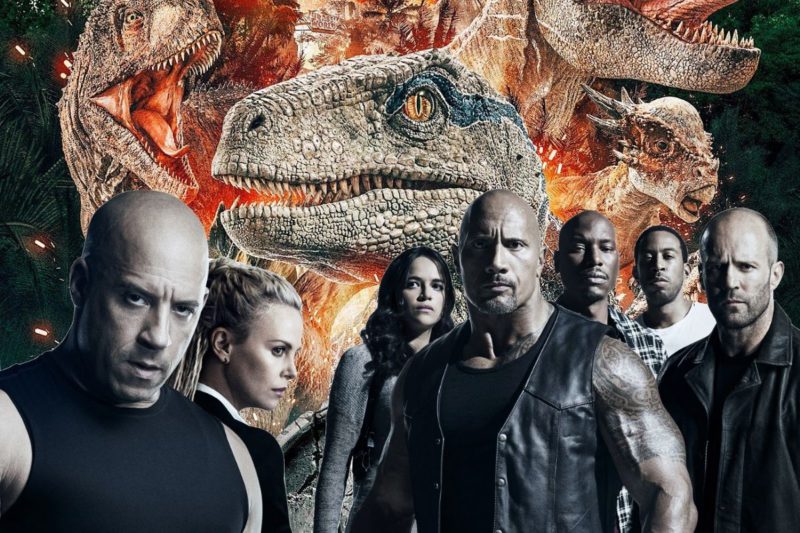 The ninth installment starring Vin Diesel hits theaters on July 2.
Did ‘Fast & Furious 9’ need another trailer of almost three and a half minutes?

The sky is the limit. But in Fast & Furious, as we were able to confirm in the trailer for its ninth installment, not even that. The rocket car that appeared in the trailer for Fast & Furious 9 not only confirms that the rumors that the franchise would reach space were true, but that the desire of those responsible for the saga to improve themselves remains intact, to the point of than to have made things quite difficult for the confirmed Fast & Furious 10. What’s left to do when your fast and furious family has reached space? Travels in the time? Superpowers? It’s a fascinating question that has already come up with the best solution: dinosaurs.

After all, Fast & Furious shares a home with the Jurassic World / Jurassic Park series, both of which are Universal’s most successful franchises. There are logistical possibilities, and so it was raised to Justin Lin via Screen Rant. Lin is the franchise’s flagship filmmaker, directing the fourth, fifth, and sixth installments, and is now back for both Fast & Furious 9 and the next film, which is set to close the series. On the idea that the immediate future of the brand includes the dinosaurs of Jurassic World, he says the following: “I never say never because part of our philosophy is to avoid labels and not limit ourselves.”

Michelle Rodriguez, Letty’s interpreter on Fast & Furious, has been somewhat more enthusiastic about the idea. “Count on me! Curiously, we talked about it recently ”, he assures. “It’s that once you reach your limits there is nowhere else to go; the only option is to cross marks. It’s what big corporations do to each other when they get too big, you know what I mean? You have to unite brands, bet on the merger. The only thing that can get in the way is the lawyers and the firms because generally the brands you want to merge belong to other people. But what if we are all in the same boat? I don’t know, I’m just saying that it can work ”.

Imagining Dom Toretto’s family with Chris Pratt and his prehistoric pets is a wet dream only on the level of Godzilla battling King Kong, but since the cinema has given us several opportunities for the latter (including a recent film that has been a huge box office success ), why wouldn’t we be able to enjoy it? The ball is in your court, Universal.

After several postponements, Fast & Furious 9 would hit theaters on July 2 incorporating John Cena as the villain and reappeared brother of Toretto. As for the Jurassic World saga, the third installment is in preparation with the subtitle Dominion, and it would arrive in the summer of 2022.

Online Casino: A x Trend Not to Be Missed!