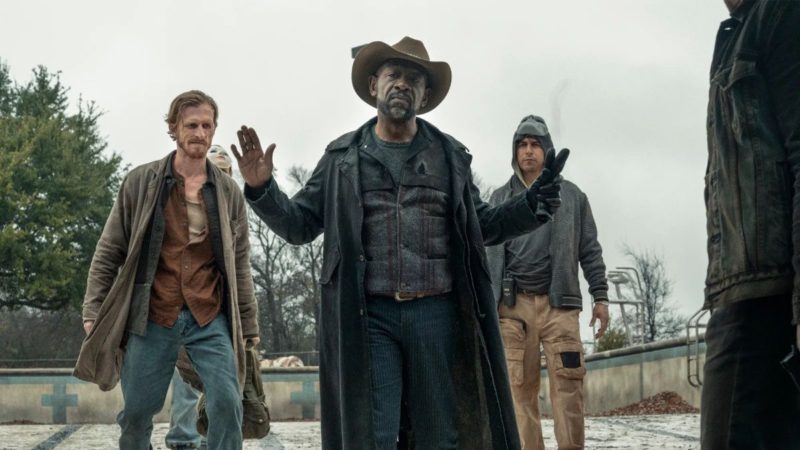 The AMC network is scheduled to launch next Sunday, June 13, the final episode of season 6 of Fear the Walking Dead, which possibly will take some of the favorite characters of the fans.

The last episodes of the sixth installment of the zombie drama Fear the Walking Dead, are presenting a catastrophe that puts the fate of several main characters in the series at stake, when nuclear weapons threaten to extinguish them all.

While some are sheltered, in the final episode of Fear the Walking Dead season 6 someone will surely not make it out alive, unless they get to safety soon. According to the appraisals of the TV Insider medium, possibly one of the main ones will not survive, so you will not see the seventh installment.

According to TV Insider, the trailer for the final episode of season 6 of Fear the Walking Dead seems to be foreboding for both characters, who kept fighting throughout the sixth installment and later reconciled. According to the teaser clip, Sherry (Christine Evangelista) tells her husband, “If we’re going to die, this is how I want to go out.”

The medium believes that Dakota (Zoe Colletti) could die since according to the trailer, she walks outside hand in hand with Teddy. She chose to die as herself rather than live as an inauthentic version of her sociopathic self.

The revenge of Keith Carradine’s character in Fear the Walking Dead puts the life of the newcomer with the cast of season 6 at risk. Dorie is kept outside as he tries to fulfill his mission to take down Teddy, while the challenge is on. bunkers. Because of this, it is quite likely that he will not return with season 7.

According to TV Insider, Lennie James’ character in Fear the Walking Dead though could survive due to the protection of his thick armor. However, Jones was pushed into a crowd of walkers with a broken cane and may have been bitten. There is also the possibility that I will end up going with Al and CRM to Rick’s (Andrew Lincoln) movies.