‘Firefly Lane’ Season 2 Netflix: Everything We Know So Far’ 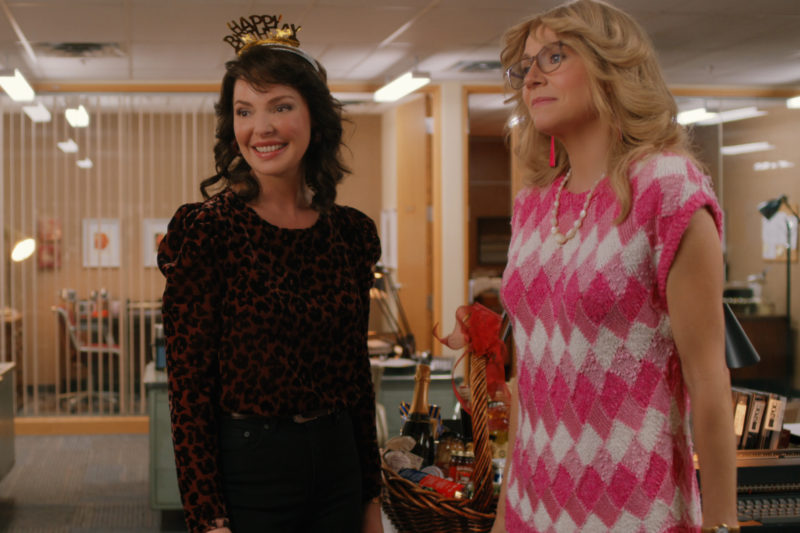 The Firefly Lane series surely impressed audiences all around the world. Now the filming for Firefly Lane season 2 is on the go in Vancouver, Canada after getting an official renewal back in late May 2021. Now as we all are confirmed for the arrival of the second season, fans are expecting to know more and more of what is about to come onto their screens when the series will be released. So, here in this article, we have collected all the information about the series Firefly Lane season 2.

The Netflix series Firefly Lane is adapted from the very famous novel of US author Kristin Hannah. The adapted story tells us the moving story of two best friends together surviving life, how they overcome different obstacles in their lives and friendship and loads more of the things.

The first season of the show was dropped on 3rd February Wednesday in 2021. The series received a mix of critical reviews and audience retweets. However, the show performed very well on Netflix and remained on the Netflix top 10 lists for a long time. It also performed very well in Europa and United Kingdom. The good news about the series is that it is coming up with the news so here is everything we know so far about the series.

According to the official renewal status from Netflix, the series has been officially renewed. The streaming giant Netflix itself has announced that the series is returning for a second season. The news was announced through the social media platforms and YouTube channel where the two lead actresses Sarah Chalke and Katherine Heigel answer all fans questions and make the final announcement. You can watch the video reveal below:

The first season of the show has not covered all the content from the novel and there is still much material left to be portrayed in the series from the novel. We also got to know that the novel also has a sequel part, which means the story could be extended even further. The showrunner Maggie Friedman has been confirmed to return along with Michael Spiller as a director for season 2 of the show.

The team of Firefly Lane made an announcement that the show will be renewed in May 2021. Even Netflix released a clip of the lead stars where they finally announced season 2 which we have mentioned above. According to the reports which we got the filming of season 2 is still in swings and will be continued until 2022 spring. So, unfortunately, we do not have a release date for the series at present. All we can do is hope from the streaming giant to release new updates about the premiere of the series soon and it could be sometime in the 2022 second half.

There have been reports of loads of drama hovering around the cast’s entry and exit from the Firefly Lane show. However, the faces which we are confirmed to see in season 2 of the show include:

There have also been some new additions announced for season 2 of the show. The famous Argentinian actor Ignacio Serricchio will be seen playing the role of Danny Diaz who is a cocky sportscaster. Along with him, we can also see Greg Germann who will become part of the Firefly Lane series as Benedict Binswanger in season 2. India de Beaufort will also be seen in the series as quite an aspiring journalist. Last but not the least, Jolene Purdy joined the cast for season 2 to play the role of Justine Jordan who is an upbeat talent agent. At present, if we look at the cast, we can surely expect season2 to be one banger kind of show that fans can get excited about.

What to expect from Firefly Lane season 2

Season one of the shoe ended where we were left with two contrasting images of Tully’s and Kate relationship. After Tully quits her show, the pair enjoys a cosy catch up by the fire pit and talk about things. Tully also promises her best friend how she will help her in getting a job when she will be hired again. We also get a flash-forward to a future scene where the pair go through an emotional confrontation at a funeral where Kate’s states that she never wants to see Tully again.

So, we know the story is going to be picked up from here and season 2 will explain what really happened that fractured Tully and Kate’s relationship that was quite unbreakable. As we all know that this is a show that is based on friendship so we cannot expect a harsh ending where we won’t see the two not making up to each other. A confrontational finale is also a place where there is a funeral scene and we have no idea who’s funeral it is. As Tully arrives at it so we can expect it to be from Kate’s close side. Season 2 of the show can also explore the career life of Tully and to the outlook whether she ever offers kate that job or not.

The episode titles for season 2 are not confirmed as of yet, but from our sources, these ones have been uploaded on IMDb.

unfortunately, we do not have any trailer for Firefly Lane season 2. And most probably we won’t be getting any footage of the series until early 2022 even if we expect the earlier. Until then if you are excited to know a few things about the show then you can check out the actual novel by Kristin Hannah from where the story has been adapted.

The description of the novel reads: “A single, tragic choice and a middle-of-the-night phone call will bring these women together and set them on a poignant, powerful journey of redemption. Each has lost her way, and they will need each one another — and maybe a miracle — to transform their lives.”

Season 1 of Firefly Lane is available to watch on Netflix. Stay tuned to our website, as we will keep posting all the updates as soon as they are rolled over right here. Do let us know your speculations about Firefly Lane season 2 in the comments section below.