Firefly Lane: The curious detail of Kate Mularkey’s huge glasses with the books 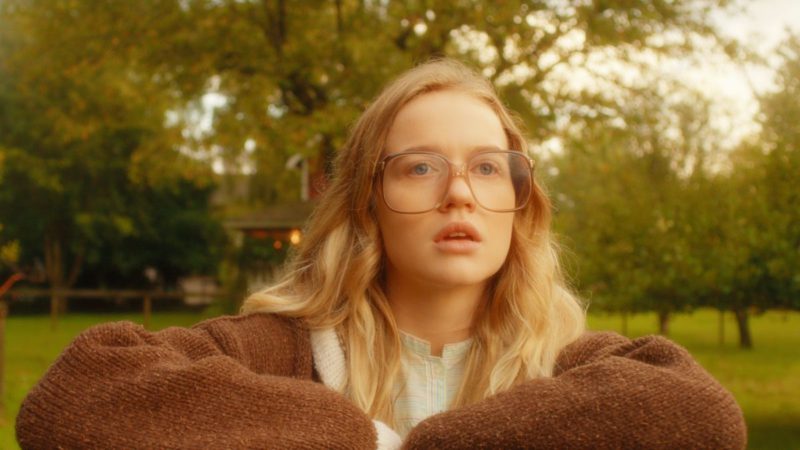 In the series Firefly Lane or “The dance of the fireflies”, the teenager Kate (played by Ali Skovbye) wears a pair of glasses that are very large that distract all viewers, but it is likely that her glasses are a reference to the book, due to there being a line in the novel the series is based on that further explains Kate’s glasses and the reason they are so big.

The drama tells the story of best friends Kate (Sarah Chalke) and Tully (Katherine Heigl) from the moment their friendship begins to their adulthood. Both are in their early 40s and struggling with their careers, parenting and love lives. But, when little Kate was 14 years old, she struggled to keep her glasses from falling off.

In film and television, glasses are often used to exaggerate the point that someone is plain, shy, and unrecognizable when they take off their glasses. But even though the nerdy trope was probably in play for Kate in the first season of Firefly Lane, there is a line in the book that the series is based on that further explains Kate’s glasses.

According to the novels by Kristin Hannah Kate wears slightly different glasses. They are described as “tortoise-rimmed glasses” that are “hopelessly out of date.” The massive glasses and thick frames that Katie actually wears on the show weren’t uncommon back in the 1970s.

Katie’s family did not have enough money to pay for new glasses, which is an extremely common and familiar situation for many children and adolescents who wear glasses and who belong to the middle or lower class. It’s understandable that a working-class family with two kids can’t buy new glasses every time the popular style changes, or even buy a popular style to begin with.

In the end, Kate’s oversized glasses serve their purpose by reflecting the working-class status of Kate’s family and serving to make her appear modest and nerdy. Although the show doesn’t emphasize that Kate traded in her glasses for a more modern style, fans claim that she may have worn contact lenses in the ’90s.

Ironically, oversized glasses have made a bit of a comeback in recent years, so Kate’s eyewear style could be considered hipster and even trendy. However, it only remains to wait for good news from the Netflix platform about Firefly Lane season 2.

Hawaii Five-0: The last appearance of actor Chi McBride and what happened to him