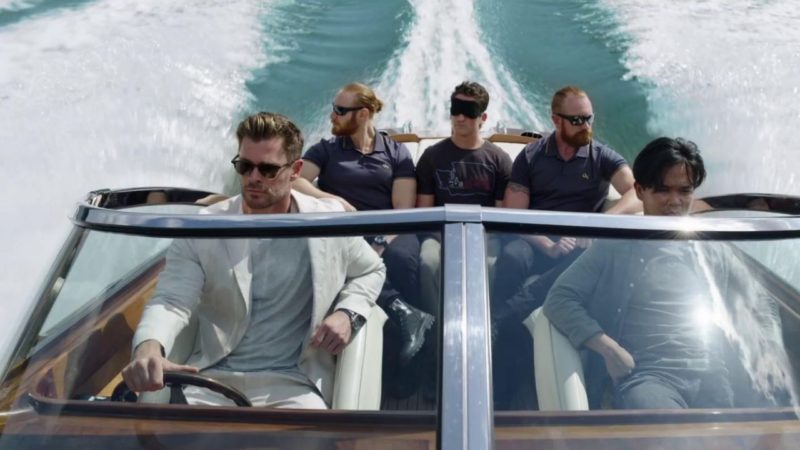 In Netflix’s new sci-fi movie Spiderhead, the Thor star (Chris Hemsworth) will play Steve Abnesti, a scientist who tests drugs on convicts in a remote, state-of-the-art penitentiary. But… what is the twist of the film? It turns out that even though Steve’s drugs dramatically and immediately alter the inmates’ moods and abilities, he seems to also stir up negative emotions in some of the prisoners…which will end up in a lot of trouble.

In Spiderhead, we’ll not only see Hemsworth, who also premiered the trailer for Thor: Love and Thunder this week, but also Miles Teller as Jeff and Mark Paguio as Verlaine. “He’s the visionary genius behind the entire Spiderhead show,” director Joseph Kosinski (Oblivion and Top Gun: Maverick) says of Hemsworth’s character. “He has noble intentions, but there are some darker things lurking below the surface with him.”

Hemsworth stars in the new Netflix

As for Teller’s character, the director believes that he “is a guy who is dealing with a mistake he made in his past and trying to figure out how to get over it.” This is Kosinsky’s third time working with Teller, as the Whiplash actor also appears in Only the Brave and the highly anticipated upcoming sequel, Top Gun: Maverick.

Former Lovecraft Country star Jurnee Smollett plays another inmate, Lizzy, who will also fall victim to the drugs Hemsworth’s character tests on them. “She has a more mysterious past,” says the director. “She has a crush on Jeff, and they have a very close relationship, but while he wears his heart on his sleeve, she hides her pain with a cheerful personality.”

Jurnee Smollett and Miles Teller are part of the cast

Written by Rhett Reese and Paul Wernick, whose past credits include Zombieland and Deadpool, Spiderhead is based on George Saunders’ short story, “Escape From Spiderhead” and will feature some of the Abnesti character’s favorite classic pop hits, including Thomas Dolby’s “She Blinded Me With Science” and Hall & Oates’ “You Make My Dreams,” and other upbeat songs that act as a counterpoint to the sinister events on screen.

The film, Spiderhead, will be released globally on June 17 on Netflix.

Chicago PD Season 9: What fans are asking for the new cop