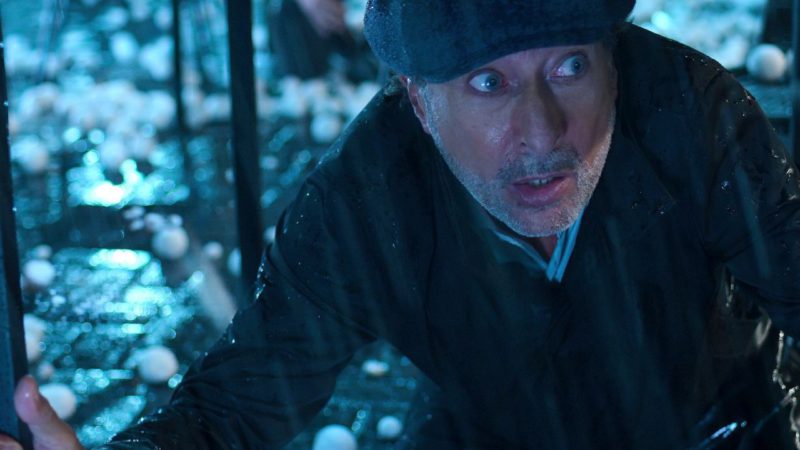 Widely received by viewers, the film follows a famous TV meteorologist, Miguel Flores, who becomes public enemy number one when he fails to prevent a terrible hail storm.

With the weekend drawing to a close, here are five fun facts about “Hail” that will make you want to watch it before I spend Sunday at home and start a new week.

The creation of hail: There was a long process of study on the creation of ice since it had to have various types, shapes and weights. The “fake” hailstones were balls of various sizes, and then a great post-production work was developed where digital pieces were added, such as those that collide with the National Congress, the Obelisk and the Law School. The task of the digital hail (vfx) was to “stitch” the different types of hail and try to visually unify them so that they are invisible to the viewer and build a single storm. This allowed adding realism and spectacularity to each of the shots without putting the actors at risk. In the set, a base of rain and hail falling as a reference was used to later finish completing it in post-production, adding greater flow and therefore greater danger.

Read Also  Three Netflix Comedies You Can Recommend to Your Friends

The 12 Osvalditos: A total of 8 fish were used in Buenos Aires and 4 in Córdoba. They were all called Osvaldo, but they were differentiated by numbers, from 1 to 12. For the care of the fish, they worked with a team of specialists in the care and training of animals on the film set, who kept them at the end of the filming. The specialists also took care of the dogs Kiko and Simón.

The choice of music: The composition of the original music for the film was under the direction of Gustavo Pomeranec, who composed the curtain for “El Show del Tiempo”. The choice of Los Palmeras to record the musical theme was a special request from Guillermo Francella.

A lot of imagination: During the filming, the actors and even the cameramen had to imagine, according to what the production was telling them, where the action would take place or the hail impacts that would later be placed in post production.

The pre-production of the film lasted approximately 4 months. The shooting of the film lasted 36 days of recording. The editing and post production lasted 10 months. Between the filming and post-production teams, there were a little over 350 people involved. The film was shot in more than 25 real exterior locations, in the City of Buenos Aires and Córdoba, and in 14 real interior spaces. The only set that was built was the set of “El Show del Tiempo”. A total of 650 extras were used. Over 10,000 fake hailstones were used in a set of all shapes and sizes.

Did not have with Kirsten Dunst, Amy Schumer planned prank on Alec Baldwin at Oscar 2022