focus on a high-profile trial 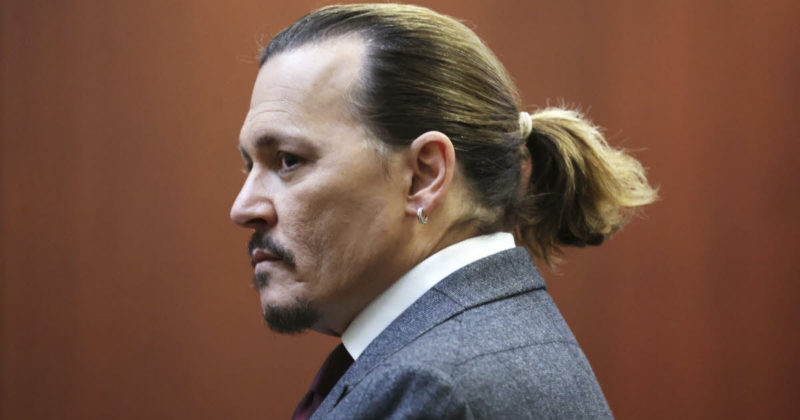 It is a chaotic and highly publicized trial. Johnny Depp and Amber Heard have been fighting for a fortnight in a fierce legal battle in the court of Fairfax, Virginia, in the United States. The two actors accuse each other of defamation.

To see more clearly, a little backtracking is necessary. The two stars met on the set of Rhum Express in 2009. Married in 2015, the couple quickly encountered difficulties. As early as 2016, Amber Heard filed for divorce, accusing Johnny Depp of domestic violence on a background of alcohol and drugs. At the time, the actor defends himself, and assures that his wife seeks to negotiate the divorce financially. The couple finally reached an agreement in 2017 after the actress withdrew her complaint.

But in 2020, the actor sued the British tabloid The Sun for defamation after the publication of an article accusing him of being an “abusive husband”. During this trial in London, Amber Heard testifies for the newspaper. The two parties tear each other apart throughout the trial and accuse each other of violence. But the ax falls: justice condemns Depp, considering that what the magazine had published was “substantially true”.

The new trial which opened on April 11 in Fairfax thus gives an impression of deja-vu. It is the result of a new attack for defamation by Johnny Depp against his ex: in a column published in the Washington Post in 2018, Amber Heard indeed returned to the domestic violence she allegedly suffered. Their versions therefore clash again, until the end of May in this new high-profile legal action. Johnny Depp, who saw his career collapse during the first accusations – his ex-agent notably affirmed at the bar that he lost the role of Jack Sparrow in the Pirates of the Caribbean saga because of the scandals -, claims 50 million dollars in damages while Amber Heard is asking for 100 million.

During this new trial, an expert certified that Amber Heard suffered from personality disorders. She indicated that people with the disorders seen in the actress “can react violently”, adding that they “often have abusive behavior towards their partners”.

On April 21, text exchanges between Johnny Depp and British actor Paul Bettany were read aloud in Fairfax. These texts were not in favor of Johnny Depp, proving drug and alcohol tendencies and insinuating violence.

Winona Ryder and Vanessa Paradis, two former companions of the actor, have both testified in favor of Johnny Depp as being neither violent nor abusive. His daughter Lily-Rose Depp even said: “My father is the sweetest and most loving person I know. He was a wonderful father to my little brother and me, and everyone who knows him will say the same.

Ben King, Johnny Depp’s house manager, also testified in court in Fairfax, saying he found the actor with a severed finger after Amber Heard allegedly threw a bottle at him.

Amber Heard’s defense was also cracked when her lawyer showed the court a makeup palette, which the actress would have used to hide her bruises during the period when she was married. But the brand claimed that this product was only marketed in 2017, that is… a year after the divorce.

If he has been talked about more in recent days for his takeover of the social network Twitter, the richest man in the world is also involved in the Depp-Heard trial. Elon Musk was on the witness list as part of his affair with Amber Heard when she was still married to Johnny Depp. The actress’s lawyer also said that this adventure had taken place to “fill a void”. The billionaire reacted through his lawyer to declare that he will not testify.

Read Also  Peaky Blinders arrives in June and the shocking revelation of Katherine Heigl on Grey's Anatomy... The news series!

Actor James Franco (Spider-Man, 127 hours) also refused to testify in favor of the actress. In 2020 London, Amber Heard claimed her co-star Beyond Lies witnessed injuries to the actress in 2016.

In Fairfax, fans showed their support for Johnny Depp by holding up a “Justice for Johnny” sign. All over the world and on social networks, many people have shown sympathy and support for the actor. These supports were already present during the London trial.

The great media unpacking of the ex-couple fascinates the whole world. A media aura reinforced by the American judicial system which allows cameras in the courtroom, giving the trial the appearance of a romantic-drama series. Except that, for once, the actors are not acting.

The series, documentaries and movies that arrive in May at Disney Plus Spain