For the first time, Sydney Sweeney from ‘Euphoria’ tells about her experience working with Marvel 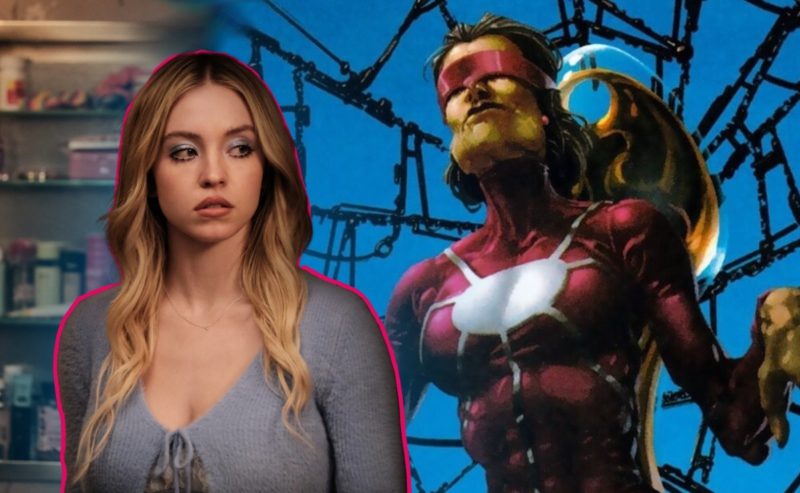 Among the projects that Sony Pictures has in store for the future of Spiderman, there is a universe of villains that is already slowly being built with Venom, Morbius and Vulture, but to expand it, a movie titled ‘Madame Web’ is already confirmed, which will star Dakota Johnson and Sydney Sweeney, who recently spoke about his experience at Marvel.

In recent years, the most famous stars of film and television have been called by the house of ideas to bring to life a character from the world of comics, which has become one of the most sought after in cinema, and now it’s the turn of the talented Sydney Sweeney who has left many open-mouthed in ‘Euphoria’, ‘The White Lotus’ and the movie ‘The Voyeurs’.

It might interest you: Euphoria’s Sydney Sweeney joins Madame Web with Dakota Johnson

In a recent interview with Variety, Sydney Sweeney spoke for the first time about her experience working with Marvel and Sony, and while she didn’t share much about her mysterious role in ‘Madame Web,’ she did note, “I’ve been ordering a bunch of comics”, talking about his commitment to the role.

It might interest you: Spiderman Universe: Dakota Johnson chosen as Madame Web

Being Dakota Johnson the chosen one to star in the film, it is obvious that she will give life to Madame Web herself, however the role of Sydney Sweeney is kept secret for now and it seems that it will remain so for the moment, although whatever it may be It is a fact that the actress is already preparing to bring it to life and surprise Marvel fans.

To be able to be a part of this is such an amazing thing, it’s amazing.”

On the other hand, the protagonist of ‘Euphoria’ also declares herself a fan of the world of superheroes: “There is a lot to learn. I’ve always been a huge fan of all the Marvel and Sony Universe movies. I have grown up seeing them all and I have been immersed in the whole world all my life ”she confesses excitedly.

What is Sydney Sweeney’s character in ‘Madame Web’

At the moment there is no other choice but to continue waiting for news about the film ‘Madame Web’ because the character of Sydney Sweeney remains a mystery, as does the production of the film, since it is too early to know what Sony and Marvel plan for this Spiderman villain universe.

However, actress Sydney Sweeney clarifies that her role will be very different from what her fans have seen before: “I like to try to find characters that challenge me in many different ways and are completely different from each other. I want to keep surprising people with the characters I play when they don’t expect me to choose the next one”, she clarifies, without sharing the big secret about ‘Madame Web’.

Two and a Half Men: What we suspected about the show’s controversial theme