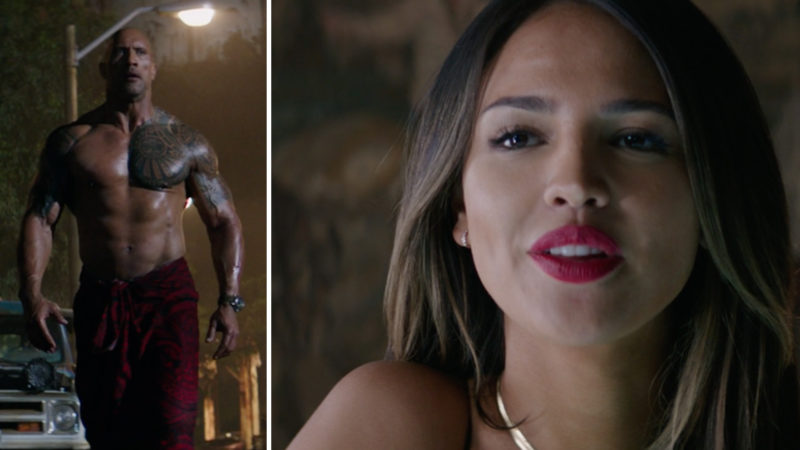 One of the most remembered roles of Eiza González and that has marked her career in Hollywood in an important way, is the one she played in the spin-off film of the ‘ Fast and Furious ‘ franchise, ‘ Hobbs & Shaw ‘. ( Subscribe here to Disney Plus ) However, the performance of Eiza González in the 2019 film almost did not come to fruition, and it would be her appearance in ‘ Godzilla Vs. Kong ‘ the culprit.

Of course, things turned out well for the pretty actress in the end, although that did mean some sacrifices on her part and the ‘ Hobbs & Shaw ‘ production.

“ Godzilla Vs. Kong,” in which Eiza Gonzalez has garnered critical and fan acclaim for his great performance, has broken box office records, and the filmmakers couldn’t be more fascinated by the film.

Despite the importance of that role, the actress for a time had to decide between this or the one they proposed to do for ‘ Hobbs & Shaw ‘, a film derived from the ‘ Fast and Furious ‘ franchise, and which gave her the possibility to enter the successful main saga.

And it is that both offers came to him when he was recording ‘ Bloodshot ‘ next to Vin Diesel, who also stars in ‘ Fast and Furious ‘. Unfortunately, due to the demanding nature of both films, Eiza told Collider that she had to choose only one. “When I was doing ‘Bloodshot’ I got a call and they had just offered me ‘Hobbs & Shaw’ and ‘Godzilla vs. Kong ‘. It was the same week, at the same time! ”He said. “I really wanted to do both, but they were going to have a scheduling conflict because the characters both required more time.” Although doing the roles seemed very difficult, in the end, the ‘ Hobbs & Shaw ‘ team, convinced that Eiza Gonzalez was the ideal, managed to let the actress be in both films.

“So Dwayne (Jhonson) and his team were so amazing about it because they said, ‘We really like her, we really want her to be in the movie, how do we make this work?’ So they worked around my Godzilla vs. Kong, which basically was, we were moving from one place to another, from Hawaii to Australia. “