Francine Ruel: Everything About Canadian actress and writer 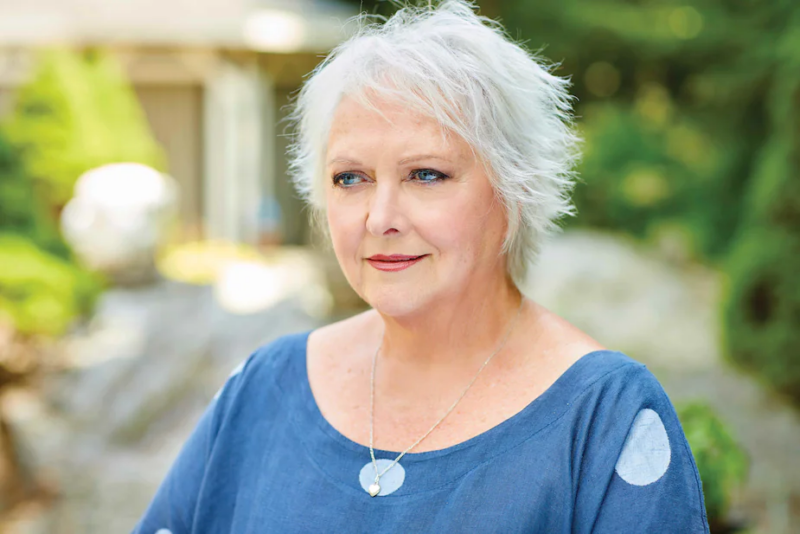 Francine Ruel is a Canadian actress and writer born on April 14, 1948, in Quebec, Canada, and is famous for many of her novels. She studied acting at the Quebec Conservatory of Dramatic Arts between 1966 to 1969.

The actress moved to Montreal in 1973, where she taught improvisation to the students at the CEGEP de-Saint Hyacinthe. Francine Ruel also taught screenwriting at the National Institute of Image and Sound (INIS) from 1997 to 2003 and taught students at Bishop’s University from 2007 to 2008. There is no doubt that the actress is well-educated in terms of writing.

The actress also received the Jean-Valcourt prize, allowing a person to travel to France, Switzerland, and Italy. The trip that Francine Ruel made influenced her to start writing and thus began her writing career.

Besides her acting career, Francine Ruel writes in many literary categories, including novels, theatre shows and movies, television, and kid’s stories. Francine Ruel wrote a children’s novel Father and Me (1993), that was nominated for the Governor General’s Award and a Mr. Christle’s Book Award.

Francine Ruel had a good acting career, but she was also a prolific writer as she wrote many songs and sketches for plays and television shows like Du Soleil a 5 cents. It was a children’s do-it-yourself show broadcasted on Radio Canada between 1973 and 1976.

Moreover, Francine Ruel also wrote for many other TV series, including Minute toupee, Pop Citrouille, and Court-circuit. Francine Ruel was the only woman to be a part of the National Improvisation League.

Read Also  Scarlett Johansson Lashes Out On 'Sexism' At HFPA

The Quebec improvised theatre, created in 1977, was a club where most contestants were theatre people, actors, and artists such as comedians. Francine Ruel was accompanied by another Quebec actor and director, Claude Laroche, who is also recognized as a Quebec Union of Artists member.

Francine Ruel’s youth novel Mon Pere et Moi (My Father and Me) was published by La Courte Scale and Libre Expression in 2001 and was nominated for the Governor General’s Award and the Christie Award.

The actress also received the Gemini Award for Best Performance in Supporting Role for Scoop 3 for playing the role of Leonne Vigneault. Moreover, the actress has published numerous novels, including Father and Me(1992), What if That Was Happiness(2005), My Mother is A Pink Flamingo(2013), and Petite Morte a Venice(2015). Francine Ruel also hosted the L’ete Cest Peche broadcasted between 2001 and 2004 on ICI Radio-Canada.

Francine Ruel has divided her life between writing, acting, teaching, and gardening. She established her career after making a detour to the Conservatoire de Quebec to become an actress and delivered many beautiful roles on television, in cinema, and in theatre.

Francine Ruel was seen with her spouse Madia, last year for the first time in public while being a part of a show where other actors came up on the stage to perform along with France Beaudoin and all the guests for the last song.

Francine Ruel confirmed that Madia was the spouse of the actor and author when she asked the host of the program if her partner could join the stage with them. The author also said, “It’s my sweetest heart tremor,” while the couple held hands. Moreover, Francine Ruel and Madia had been in a relationship for the past ten years.

Francine Ruel has a son, but unfortunately, there has been a series of bad events that led to the downfall of the family union. She learned that her son Etienne used to live on the streets despite the author having a beautiful home in the countryside. Etienne refused to live with Francine Ruel at her place as he couldn’t follow the rules.

Francine Ruel wrote the novel Anna and the Child-Old Man, which perfectly describes the differences that she and her son had to face during the hard times of Etienne’s mental and physical health as a heroin addict.

Later, Francine Ruel’s documentary influenced people and became a huge success. A series was created based on the novel’s story by the name Anna and Arnaud, which is currently available on TVA, where you can also see the old shows available for latecomers.

The situation of Francine Ruel’s son Etienne became so worse, and he got into heroin drugs and lived on the streets because his girlfriend left him, and he lost his job and home in a consecutive period.

He went to rehab to cope with his addiction problem but relapsed, but his meeting with Jean-Marie Lapointe helped him to bring his life back on track when he offered to work in a film that would send an important message to the young people.

Francine Ruel became helpless when she couldn’t do anything that her son would agree upon and bring him back home. In an interview, she said,” I have supported my son for 29 years since his accident. We realize the more we do for them, the less we help them. We are not doing them a favor.” This interview made up a thought in Francine Ruel’s mind that she is not important to her son as much as she thought.

Some Filmography of Francine Ruel