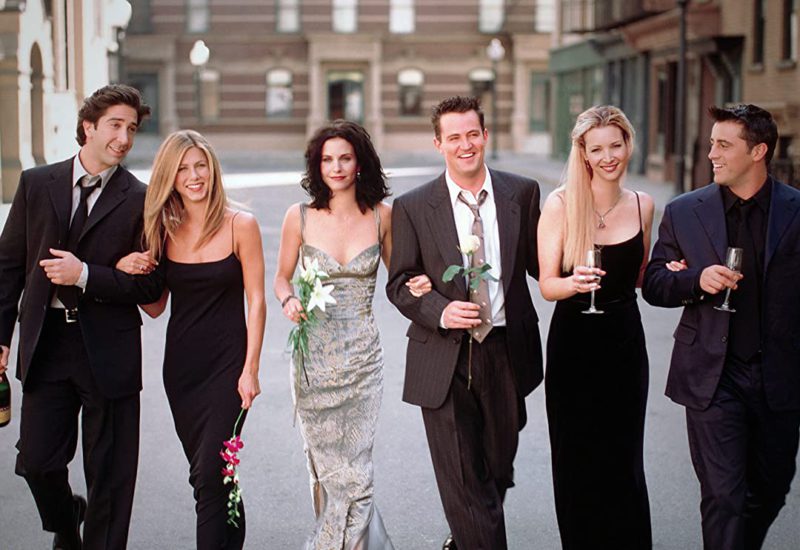 The special episode will air on May 27 on HBO Max.

Before the special reunion of ” Friends “, which will air on May 27 through HBO Max, Jennifer Aniston, Lisa Kudrow, Matt LeBlanc, Matthew Perry, David Schwimmer, and Courteney Cox spoke exclusively with People magazine and increased the expectation for the largest and most anticipated comeback in the history of the television industry.

Back in the Warner Bros. studio that hosted them for more than ten years, the protagonists of the iconic comedy created by Marta Kauffman and David Crane could not help but be surprised to see the unforgettable film sets of the strip recreated. Joey and Chandler’s apartment, Monica and Rachel’s abode, along with the legendary Central Perk, were ready to greet them 17 years after the final ending.

“Ten years of irreplaceable memories flooded me,” Courteney Cox told the graphic publication, still incredulous at what she saw. “It’s funny when we get together, it’s like no time has passed. We pick up right where we left off,” LeBlanc added.

The meeting for the interview also served to begin the exhaustive preparations that will bring the cast of “Friends” back to the small screen. While the episode won’t feature an established script, getting back in tune with their award-winning roles was imminently necessary. With a general idea of what each one will portray on the return, the actors will be encouraged to recreate the events that their characters went through in the last 17 years.

“It’s magical “, was encouraged to define Matthew Perry, alluding to the apparent absence of the passage of time in the emblematic television meeting of ” Friends “, while waiting with the rest of the cast for the momentous moment in which the lights of the set to turn on again.

ALSO READ: The Big Bang Theory: Can A Special ‘Friends’ Like Reunion Arrive?

In the long-awaited reunion of “ Friends ”, not only will we be able to enjoy the beloved fictional characters, but, for the occasion, there will be luxurious guests who will accompany the original cast. Recently, it became known that the comeback chapter will feature the participation of Reese Witherspoon, Davis Beckham, Lady Gaga, and Justin Bieber.