From the creators of ‘Hierro’ Movistar Plus+ premieres ‘Rapa’, the obsessive crime series 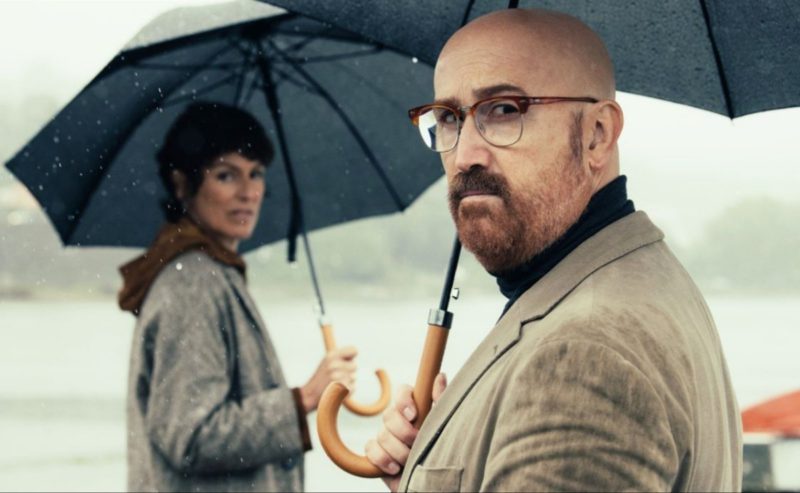 Spain.- One of the next Spanish premieres that could achieve maximum success could be the series ‘Rapa’, a production by the creators of ‘Hierro’ who, with this bet, succeeded. The Coira brothers have set a premiere date on the streaming platform, revealing the trailer to attract the public.

‘Rapa’ already has a premiere date on Movistar Plus+, with this series the Coira brothers seek to repeat the success they had with ‘Hierro’, which will be on May 19 when it can be seen on the streaming platform.

It is a creation by Pepe Coira and Fran Araújo and directed by Jorge Coira, together with Elena Trapé. This also features the leading role of Javier Cámara and Mónica López, who play the sole witness to a murder and the civil guard sergeant who will investigate the crime, which took place in a town in Galicia, which will break the tranquility of the place.

It may interest you: ‘The heirs of the earth’, the gloomy series on Netflix

Read Also  The Razzies, worst of the year awards, will withdraw their nominations for Bruce Willis after his retirement

What is the Spanish series ‘Rapa’ about?

It all begins when Amparo Seoane, the mayor of Cedeira and the most powerful woman in the area, is assassinated. Investigating the crime will become an obsession for Maite, a civil guard sergeant, and for Tomás, the only witness to the murder.

For Maite, looking for the murderer is an obligation, it is her job. For Tomás, who is a professor of Literature at the institute and to whom no one has given vigil at this funeral, it is the opportunity – possibly the last – to live a story like the ones he loves to read, and perhaps thus be able to tell it.

It may interest you: The Heirs of the Earth and the intense period series on Netflix

Both will open an investigation that will affect the whole town because everyone, in one way or another, was related to Amparo and had something to gain or lose with her death.

Produced by Movistar+ in collaboration with the Galician production company Portocabo, the series of six 50-minute episodes has been shot mainly in the Galician towns of Ferrol and Cedeira, an ancient land of high cliffs over the sea, where horses live free, except for a day, that of the rapa das bestas, who will star in some of the scenes.

Stranger Things: The new relationship we suspected arrives in this fourth season