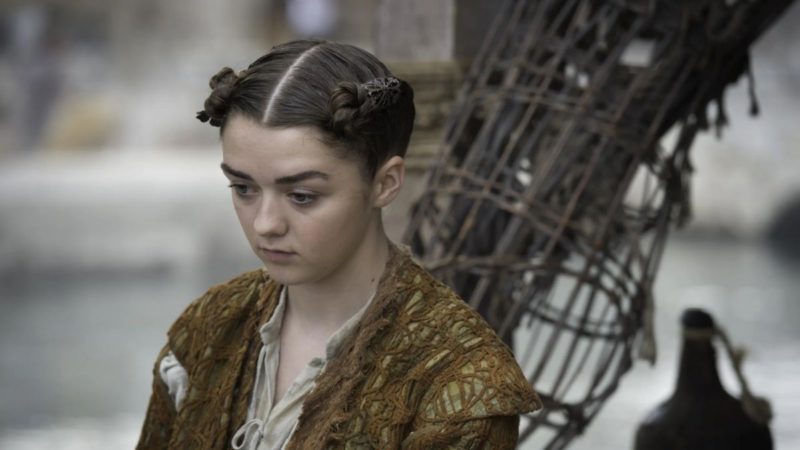 Game of Thrones is the dramatic fantasy series that has been on fans’ screens for eight seasons through the HBO broadcast network. All that time was enough for Arya Stark’s interpreter, Maisie Williams, to go through two important stages of her life.

Maisie Williams recently revealed the trauma she suffered during the transition through puberty while playing her role on Game of Thrones. The fact that she had to spend long hours on a film set surrounded by adults was undoubtedly a traumatic moment for the actress, who felt that she did not enjoy her physical changes at that time like any other teenager.

It’s been over a decade since Williams began starring in Game of Thrones, and now a woman, the actress now cast in the title role of Hulu’s new biographical series Pistol recently opened up revealing she’s been through another awkward moment before landing the role of British punk figure and real-life fashion icon Jordan Mooney (real name: Pamela Rooke), who was close to the Sex Pistols during the height of their career.

The former Game of Thrones star confessed that getting the part for the new series was a dream come true, but claimed that she did not feel entirely comfortable. Maisie Williams told GQ Style that when accepting the role during the audition process, she wasn’t sure if she would take it due to concerns about the nudity she would have to do during filming.

“just because of everything that’s going on in the industry and all the horror stories” he’s heard. “I want to be on this show because I’m the best person to do it, not because I’m the only girl taking her top off.”

Williams relayed her concerns to the casting department for Pistol, which premieres on Hulu’s FX on May 31, and it was series director Danny Boyle who sent her a letter explaining who Jordan Mooney was and what he meant. it meant as much to the punk movement as it did to feminism.

“Jordan was a political statement,” Williams came to understand from Boyle’s note. “Her whole ethos was to turn the male gaze on herself, and she was overtly sexual in a way that made other people feel ashamed,” she said. “If I take my top off, I want to make other people feel uncomfortable.”

Lastly, Williams also shared that he had the opportunity to learn about Jordan firsthand. The iconic woman who recently passed away served as a consultant on the series and was on the Pistol set. The star recalled that she felt pressure, but at no time did she notice that Jordan was a conflictive person.

“It was a lot of pressure,” Williams recalled. “But honestly, I never needed to feel any way. Jordan was never confrontational. She just knew what she was, and if things weren’t right, she said so.”