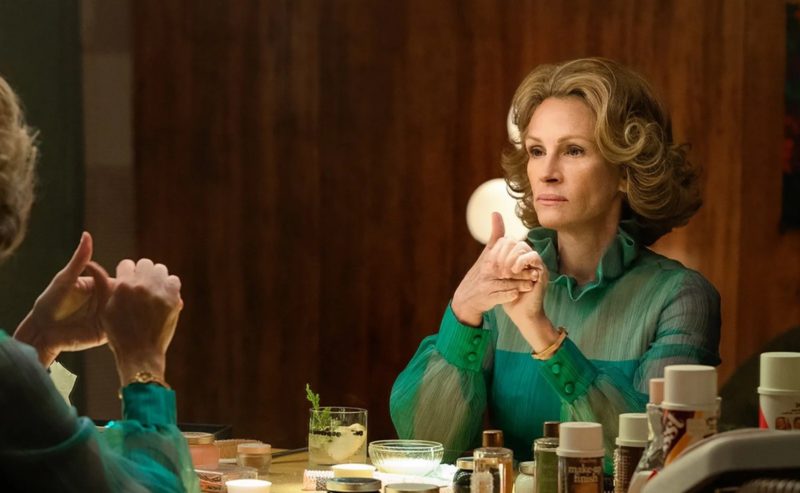 United States.- Last Monday, April 18, the new series ‘Gaslit’ premiered in New York, a production starring actress Julia Roberts and Sean Penn, which addresses the famous Watergate scandal (1972), which has been the opportunity to vindicate the figure of his complainant, who is currently known by psychologists more than by the general public.

The premiere was held at the Metropolitan Museum of Art (Met), which closed its doors earlier than usual to roll out a red carpet among valuable Egyptian antiquities where the cast led by Julia Roberts passed. The other protagonist of ‘Gaslit’ is the actor Sean Penn, who was joined by dozens of celebrities invited to the first projected episode.

It may interest you: Tom Hanks’ romantic movie with Julia Roberts

In ‘Gaslit’, Roberts plays Martha Mitchell -wife of John Mitchell, attorney general and campaign manager for President Richard Nixon in 1972-, a complex figure who found the clues of what would become the Watergate case, but was sentenced to death. ostracized by Republicans and died of cancer a few years later.

Sean Penn arrived from the hand of Julia Roberts

Sporting her signature smile and holding hands with her on-screen husband Penn, the actress arrived at the last moment dressed in a gray shorts suit and circumvented the waiting media, making only one exception for Starz, the producer channel of the series. Julia commented between laughs, radiant in a gray suit jacket with shorts, white shirt and cummerbund:

I think (Martha) is the peach pit that no one ever paid attention to: everyone ate the peach and threw the pit away. I’ve never explained it like that.”

It may interest you: Pretty Woman and more films by Julia Roberts

Penn, unrecognizable in the series under layers of makeup and prosthetics that remove hair and add kilos, except for his green eyes and his characteristic facial gesture, considered that it is the “opportune” moment to remember this forgotten figure, and a “reminder how things are not done”.

What is ‘Gaslit’ about? The Starz series about the Watergate scandal

The revision proposed by the series over eight episodes goes beyond the historical event that triggered Nixon’s resignation, as its title (Gaslit or Gas Light) anticipates, which alludes to a type of psychological abuse in which leads the victim to question their own sanity.

It is suggested that the Arkansas “socialite” suffered, whom her husband ordered locked up in a hotel to prevent her from speaking to the press, since she had connected the dots between the robbery at the Democratic National Committee headquarters and the Nixon’s re-election committee, led by John Mitchell.

The subtitle, The ‘Watergate’ was a mistake. Martha was right, which as of today adorns some buses in the Big Apple, tries to correct the wrong that gave rise to the “Martha Mitchell effect”, as the error is known in which a psychologist describes the real perceptions of a patient as madness .

Several supporting actors also alluded to this, such as Chris Bauer (played by James McCord), the former CIA agent arrested in the espionage operation against Democratic leaders and whom Martha recognized as head of security for the committee in which her husband worked. .

These men who were trying to rationalize their journey in crime (…) also collectively surrounded Martha Mitchell, who was speaking the truth loud and clear, silenced her physically and violently, and reviled her as if she was crazy,” the actor told Eph.

Read Also  It will be shorter than expected: They reveal the official duration of 'Doctor Strange 2'

In a similar way, actor Patton Oswalt, interpreter of who was considered Nixon’s “executioner”, Chuck Colson, who was described as a “true believer who was wildly incompetent, if you can be both things at once “.

The crime series based on true events, which premieres on Starz on April 24, is directed by Matt Ross and based on the Slow Burn podcast, in which journalist Leon Neyfakh delved into the forgotten characters and the plots behind them. which he believes was not paid attention to in the best-known account of the scandal. With information from EFE.