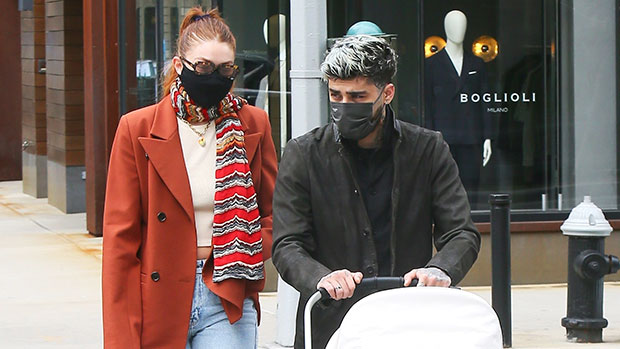 According to the recent reports which we got Gigi Hadid and Zayn Malik have once again broken up their relationship.

The two of them who share a daughter Khai (1 year old) have finally splitter after a reported incident between the former “One Directon” singer and Gigi’s mom, Yolanda. We don’t know how true this rumour is but it’s the thing which we know until now.

A source told ET: “Gigi and Zayn broke up before the incident with Yolanda,” Source added: “The two have been co-parenting but they are not together. They tried to make things work for their daughter, but it wasn’t working out.” “They are not together right now. They are both good parents though,”

Yolanda is of course very protective of her daughter Gigo and she wants to have the best for her child at any cost. We cannot say Yolanda is wrong in this thing. Because its not just the matter of her daughter but her grandchild as well.

Read Also  Charlene of Monaco: a first public appearance with the family after more than a year of absence

“Gigi is solely focused on the best for Khai. She asks for privacy during this time,” Gigi’s rep.

A few weeks earlier on Thursday, Malik also took it to his Twitter handle to specially address an alleged feud with her girlfriend’s mom Yolanda.

Zayn Malik wrote: “In an effort to protect that space for [my daughter] I agreed to not contest claims arising from an argument I had with a family member of my partner’s who entered our home while my partner was away several weeks ago,”.

He also  added: “This was and still should be a private matter but it seems for now there is divisiveness and despite my efforts to restore us to a peaceful family environment that will allow for me to co-parent my daughter in a manner in which she deserves, this has been ‘leaked’ to the press.”

Malik and Gigi have been together for years and first linked in November 2015. They both confirmed their relationship with his 2016 music video “PillowTalk”.

After two years of dating each other, the couple split up in 2018 March. The couple was constantly going on and off in their relationship until early 2020. After this, they confirmed again that they are seeing each other again. In April 2020, Gigi even announced that both of them are now expecting their first child together. Both of them share a daughter named Khai who was born in September 2020.

While narrating they’re new both of them shared a special message that said: “To try put into words how i am feeling right now would be an impossible task,” Malik said at the time. “The love i feel for this tiny human is beyond my understanding. Grateful to know her, proud to call her mine, & thankful for the life we will have together x.”

Now, after this cute loving phase of their relationship, this break-up definitely comes as a shocker for all of their fans. And the most disappointing reason is that this is not because of a fight between the couple but someone out of each other. Let’s hope they make their way back to each other again. Stay tuned to our website we will keep posting everything about their relationship updates here.