Ginny and Georgia Season 2 Release Date: Is It coming to Netflix in December 2021? 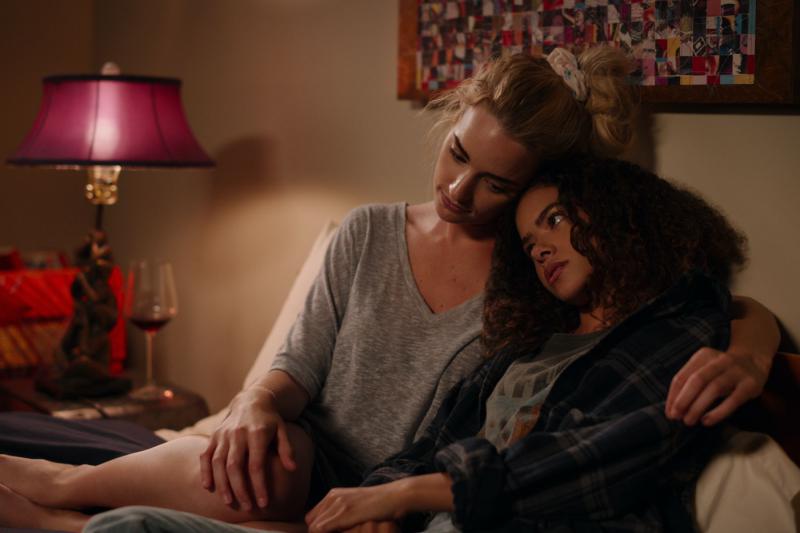 We are approaching towards the end of 2021 and Ginny and Georgia season 2 has still not made its premiere on Netflix. Also if we believe the recent reports then it won’t be making its way even in December as well. Sad but true.

In a statement that was released by the creators of the show Debra J fisher and Sarah Lampert said:  “We are so appreciative of the incredible response and love you all have shown Ginny and Georgia,” adding “We’re especially grateful to Brianne and Toni, who set the highest bar every step of the way. We can’t wait to return to Wellsbury for season 2.”

The series has been created by Sarah Lampert and the series first made its appearance on Netflix in February 24th, 2021 with a total of 10 episodes. The series follows the storyline where the death of Georgia’s husband makes Ginny and Georgia leave Texas to relocate to a new and small town for a fresh start. The series then brings various heavy topics into it like crime, race, self-harm, marriages, friendships, and more.

The season 1 of Ginny and Georgia ended with a cliffhanger with Ginny speeding away on a motorcycle with her brother in Austin in tow. So this has made fans quite excited about the further plot of the story and they are waiting for the second season to arrive so that they can get answers to those cliffhanger questions.

But unfortunately, the wait for the next part of the series will be a long one because there is no official confirmation about the series release date as of yet. So, for all the fans out there we have collected all the information we could about the Ginny and Georgia season 2 release on Netflix and all the other details.

Is Ginny and Georgia season 2 coming to Netflix in December 2021?

Even if we expect it to come the earliest, season 2 of the series could premiere in the summer of 2022. In short, we can say that fans won’t be able to see the series until fall 2022 and that because typically post-production on a series takes about 7-8 months in total. So fans keep yourself prepared for the wait because the series is not coming to Netflix in 2021 for sure.

As the production of the series started this Monday in November only and is going to run till April 2022, we cannot expect a release window for the series this year at least. According to our speculations, fans also won’t be able to see season 2 of GInny and Georgia premiere until the fall season.

The film schedule has been mentioned earlier as well and the locations were chosen are again Toronto in Canada. The companies involved in the production will be Blue Ice Pictures, Critical Content, and Dynamic Television.

There might be more characters to the story but we don’t have the idea about that list as of now. Because Netflix has not released any official cast list for Ginny and Georgia as of now, as soon as we get it we will surely update it here.

One of the biggest questions revolving around the mind of Ginny and Georgia fans is her involvement in the death and disappearance of her previous husband. So we can expect to see season 2 take a dark turn where we can actually catch up the story with this storyline. You might have already seen different figures of the family emerging from time to time in the series so we can expect to see more of these things in season 2 as well.

When season one of the series ended, we saw how Ginny left Austin due to certain upset circumstances. Season 2 can make her turn up safe and sound but there might be chances her mom will face harmful actions that caused them to skip the town. In addition to that, we can also expect that their dad Zion will also leave Boston for Wellbury so that he could live closer to his kids.

Season one of the series also saw how Ginny’s personal life becomes a mess. So in season 2, we can expect things to get better in Ginny’s life. Whether it’s reconciliation with her friend’s group or something else but what if things get even messier? We can only get the answers when season 2 releases with its storyline.

Earlier this year, Antonia Gentry gave us some idea about what fans can expect from Ginny and Georgia season 2 when she said:

“It’s a roller coaster ride. Even I don’t know the full details, but I am on the edge of my seat. I know it’s going to be a full package of just excitement and plot, and craziness,”

Unfortunately, we do not have any trailer for Ginny and Georgia season 2 as of now. In fact we will have to wait for a while to even get that because the filming schedule has just begun. But as soon as the streaming giant drops a teaser, we will surely update it with everyone.

So, if you are a fan of the Ginny and Georgia series and exciting waiting for its second season then stay tuned to our website as we will keep updating everything new update right here as it comes in. Do share your views about Ginny and Georgia season 2.

Try these alternate Movies this Christmas