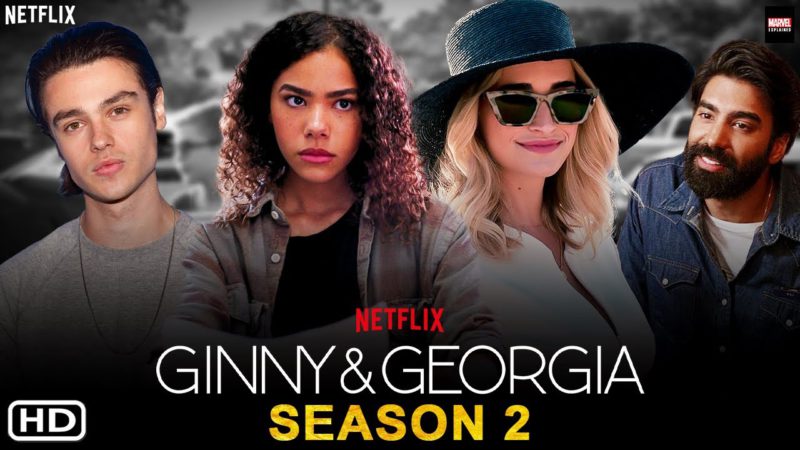 Its protagonists Brianne Howey and Antonia Gentry have been in charge of announcing this new installment of the fiction created by Sarah Lampert.

If you are one of those who were left wanting more Ginny and Georgia, we have news that you are going to love. Netflix has just confirmed that the fiction created by Sarah Lampert will have a second season, thanks to the good reception it has had since its arrival on the platform last February.

Its protagonists, Brianne Howey and Antonia Gentry, and the rest of the main cast, have been in charge of announcing the new batch of episodes, in the video that you can see below. They all share the same joy, excitement, and desire to start shooting the 10 chapters, in which this second installment will be divided. Of course, they do not forget to thank the more than 50 million viewers who have already enjoyed the first season, and who have made the continuity of fiction possible.

The showrunner and executive producer also had a word of thanks for the audience.

We are so thankful for the incredible warmth and love everyone has shown Ginny and Georgia .” For her part, Lampert, the creator and executive producer has not wanted to forget the two stars of fiction and has acknowledged that they are “especially grateful to Brianne and Toni because they have set the bar very high with each step they have taken”. “We are looking forward to returning to Wellsbury for season two, ” enthused Lampert.

The first season begins when after the death of her husband, Georgia decides to move with her two children to the small town of Wellsburg. Once settled in their new home, the first clashes between Georgia and her teenage daughter, Ginny, with whom she is only 15 years old, are not long. While the young woman loves to spend the hours between books and dreams of being able to go to university, Georgia begins to establish a relationship with the owner of the fashionable place in the city. This, added to the little responsibility she sees in her mother, makes Ginny, on more than one occasion, the most mature of the family.

Jennifer Robertson, Diesel La Torraca, Sara Waisglass, Felix Mallard, Scott Porter, and Raymond Ablack complete the main cast of this dramatic comedy that will return to Netflix with more than 10 hours of new surprises. The streaming giant has not yet given more details on the premiere date of this second season. Until then, you can re-watch the first one or start watching it if you haven’t already.