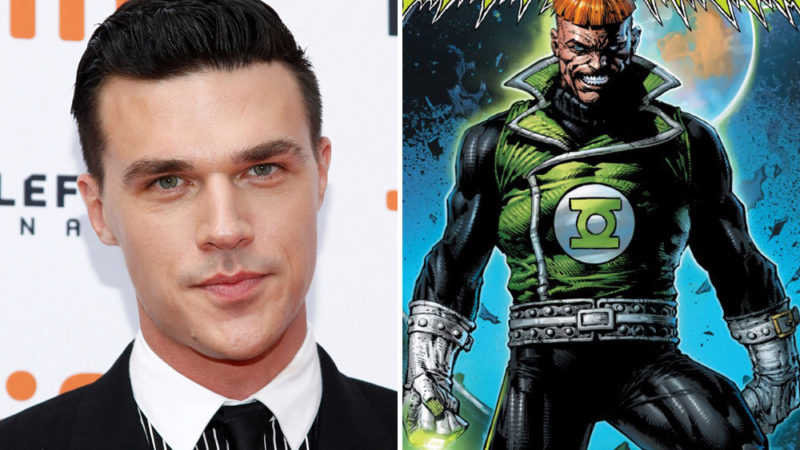 The “American Horror Story” star Finn Wittrock will embody the superhero of the same name in the “Green Lantern” series by HBO-Max – and he is not alone.

The then ” Green Lantern ” movie starring Ryan Reynolds didn’t go over very well with DC fans. A sequel never came about and the planned DCEU film “Green Lantern Corps” never came together either. But now HBO is planning a “Green Lantern” series for their streaming service HBO Max, which should start filming as early as 2021. The production has already found an actor and it is the actor Finn Wittrock, (“American Horror Story”, ” Ratched”) who will impersonate Guy Gardner, as reported by The Hollywood Reporter.

Guy Gardner is just one of many Green Lantern because, unlike normal superheroes, several Green Lanterns exists at the same time in the entire universe. The series will begin with the first human Green Lantern and secretly homosexual FBI agent Alan Scott, who is in 1941. Then it should go on with Guy Gardner, who in 1984 became the second person to become Green Lantern if the series is based on the comics.

Also Read: Ryan Reynolds responds to rumors of his return as Green Lantern

Guy Gardner is bringing back the 80s, which won’t always be pleasant

In the comics, Guy Gardner is said to serve as a parody and to be an allusion to militant, macho American heroes. For the HBO Max series, the character is described as a tremendous mass of masculinity and the figure should also be based on the hyperpatriotic type, as is the case in the comics. This combination is a bit like the Amazon series “ The Boys ”, which also satirically revisits all superhero cliches.

Despite the uncharming nature, the figure should look likable according to the description. In any case, the new series sounds exciting and more original than the original film adaptation. Other exciting series awaits us from the DC universe, such as the “Suicide Squad” spin-off with Peacemaker ( Johny Cena ) and the show about the police department in Gotham City. The upcoming “ The Batman ” film serves as a template. DC fans can look forward to many works in the streaming area.

Lucifer Season 5 Part 2 Introduces God, A War, And A Lot Of Mysteries In The Fresh Trailer!