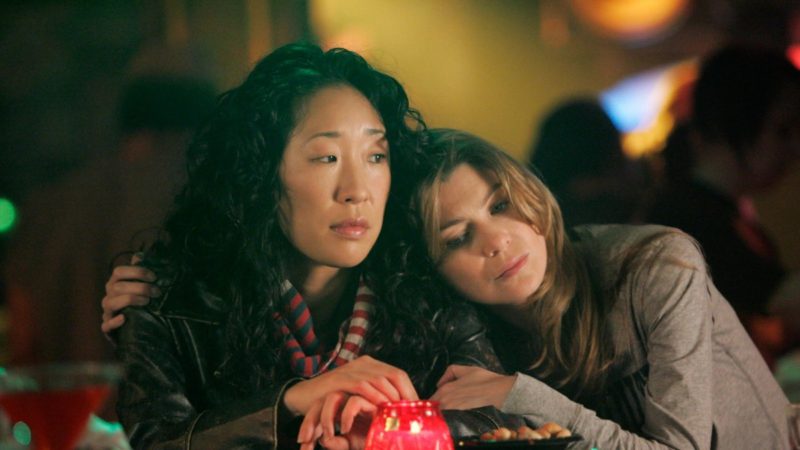 Grey’s Anatomy has maintained its success for 18 seasons on ABC showcasing drama, action and plenty of romance. Its actors, who have varied remarkably in the second decade of the program, constantly represent before the screens how hard it is to be a doctor and all the terrible cases that they must attend to in a hospital, along with what may be happening in their personal lives. .

In the 18 seasons of Grey’s Anatomy, fans have had to deal with explosions, shootings, ferry, plane, car accidents and endless tragedies that have surely mentally exhausted the drama’s cast of actors. Indeed, many of them after leaving the series have confessed that the experience, although wonderful, is one of the most demanding and complicated of their lives.

And it is that not only have they worked between 16 and 20 hours on the set of Grey’s Anatomy, but they have also had to suffer, even if it is a lie, each of the calamities that Shonda Rhimes and her writers have imagined for the characters of the drama ABC doctor, who have not been able to be happy for more than one season.

Read Also  Ozark: The two protagonists of the series who are really close friends in real life

Arguably too much drama for one body to take, in this case. However, Ellen Pompeo is still there, unscathed, willing to star in 18 more seasons of Grey’s Anatomy, as long as her pocket is rewarded for it. Of course, with several conditions that make her feel much more comfortable while she brings Meredith Gray to life in the successful long-running series.

One of those conditions was made clear on her “Tell Me” podcast. She there she recently spoke about the scenes she’s not willing to star in for the rest of her run on Grey’s Anatomy. The reason? They seem exhausting to her and represent a long-term trauma for her mind. Fans had more than enough of these types of scenes in season 6 in which a gunman killed two characters and almost took the love interests of Meredith Gray and her best friend, Cristina Yang (Sandra Oh): Derek Shepherd (Patrick Dempsey) and Owen Hunt (Kevin McKidd).

In that two-episode season finale, Meredth Gray watches as the gunman who blamed Derek for his wife’s death, shoots the doctor at close range. The emotion of the moment is what produces the gestational loss of her character, and after that dramatic scene she ends up believing that she is destined to suffer. That perception of her also leads her to make mistakes that not only jeopardize her career but also her marriage.

“When you have scenes like the one where Derek got shot, you end up remembering them vividly. I remember how Sandra and I had to scream and cry and go crazy 30 fucking times to do that scene. I couldn’t do that now, you know? I don’t want to do it,” the actress reiterated.