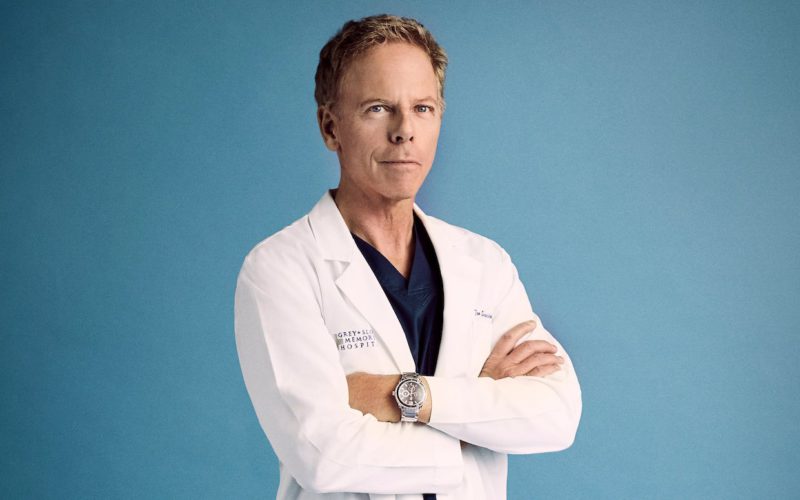 Grey’s Anatomy’ bids farewell not to one, but rather to two specialists in the scene of this May 20. As indicated by the reports got through the country’s media like the Deadline.

Greg Germann collaborates with arrangement veteran Jesse Williams in leaving the clinical dramatization as an arrangement normal. In any case, this isn’t the last time we see Tom Koracick, as the entertainer is relied upon to repeat his job as a visitor star later on.

After Jackson’s dangerous declaration Avery would leave Gray-Sloan to assume control over the family establishment – addressing Jesse Williams’ takeoff from Gray’s Anatomy – the entirety of the advancement for the scene rotated around his flight.

The promotion of Williams’ latest episode prepared viewers for an hour-long send-off to his beloved character. The surprising part is that the double-out episode “Tradition” also marks the last episode as a series regular.

“Greg is a genius of comedy and we are very lucky that he has brought his talents to our show in recent years,” Grey’s Anatomy showrunner and executive producer Krista Vernoff told Deadline.

“We will miss Greg terribly on a day-to-day basis, but we plan to see Tom Koracick again!”

Germann has played Dr. Tom Koracick, a brilliant neurosurgeon who is unapologetic about his arrogance and romantic pursuits since 2017. He joined the series as a recurrent in season 14 and was promoted to regular at the start of season 16.

Ally McBeal’s alumnus helped bring some lightness to the current COVID-19-themed season, which has delved into the pain and anguish associated with the human cost of the pandemic.

Koracick’s witty chat with Grey’s Anatomy star Meredith Gray ( Ellen Pompeo ) while briefly out of her COVID-19-induced coma was one of the highlights of the season.

Read Also  Jenni Rivera's Tumultuous Relationship With Juan Lopez, And How She Moved On

Koracick had an intense arc this season when he, like Meredith, battled coronavirus. That story had a happy ending, and the plot of their love triangle was resolved as well, with Teddy letting go and (almost) reconciling with Owen in a poignant moment, closing the character’s journey to the show.

“Having worked with all the incredibly talented people involved with Grey’s over the past few years has been a privilege,” Germann told Deadline. “Thank you so much to the fans as it has really been a shared experience!”

Currently, you can see Germann in Herding Cats by Lucinda Coxon, marking the first post-pandemic that combines live theater production and in person. Germann performs live from a sound studio in Los Angeles and is broadcast via video link to the Soho Theater.

At the Soho Theater, Jassa Ahluwalia and Sophie Melville perform in front of an audience in person. At the same time, audiences around the world can access the production as a live theatrical experience that combines performances by American and British actors in real-time.

Read Also  Grey's Anatomy Season 18 Could Be The Last!

The exits of Greg Germann and Jesse Williams follow the departure of another Grey’s Anatomy regular, Giacomo Gianniotti, who left the series earlier this season inspired by the coronavirus pandemic.