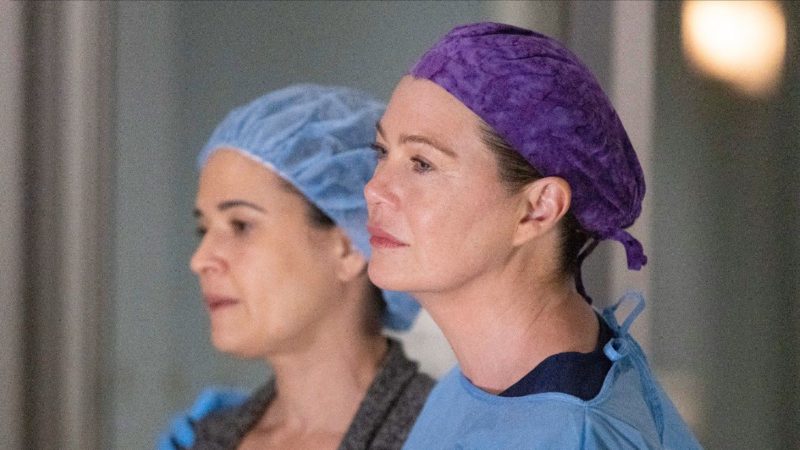 Grey’s Anatomy, the longest-running medical drama of all time on television, returned to fans’ screens this week with the fifteenth episode of season 18 across the ABC broadcast network, showcasing one of the most great for the character and Ellen Pompeo in the two decades that the series has under its belt. (Spoilers for episode 15 titled ‘Put it to the test’)

Grey’s Anatomy fans, amid rumors that the long-running series is coming to an end, acknowledge that season 18 has featured major changes for Meredith Gray in so many years. The surgeon that loyal viewers met as a resident of Gray Sloan in 2005 now has a new love named Nick Marsh (Scott Speedman).

In season 18, while Meredith was doing a job for Dr. Alan Hamilton (Peter Gallagher) in Minnesota, she ran into her old boyfriend with whom she is now establishing a relationship, and it seems that their romance will last longer than expected. many believed. Pompeo’s character, too, received a job offer away from Seattle, and now she’s finally made the decision.

It seems that Dr. Meredith Gray is approaching that new job in Minnesota, to be in charge of Gray’s medical center, after being offered the position as director in a recent episode of Grey’s Anatomy by Dr. Hamilton. In the 15th episode of the 18th season, titled ‘Put it to the test’, it was confirmed that the chief of surgery at Gray Sloan will be saying goodbye to the Seattle hospital after many years.

In these new scenes that aired on Thursday, April 7, a disgruntled Dr. Miranda Bailey (Chandra Wilson) approached her colleague, berating Meredith for not telling her about a new job opportunity in Minnesota. it would change his life, while she told him that she had not made a decision about it.

In Grey’s Anatomy, Miranda reminded him that Gray Sloan’s medical program trained her as a doctor, and thus she owed loyalty to the hospital. After the discussion, Meredith sat next to Dr. Nick Marsh and pondered the following:

“You can’t stay where you did your residency forever because that’s how people see you. They see you for who you were, not the person you’ve become.”

“I’m ready to move on. I’m going to accept that offer.”

Apparently, Meredith is going to Minnesota leaving Gray Sloan and Seattle in the past. With Grey’s Anatomy renewed for season 19, it’s certain that the new installment will focus on Meredith having a new life with her love interest. However, in the ABC medical drama anything can happen and the character is also likely to change his mind before leaving.

3 outstanding premieres that you cannot miss on Disney Plus