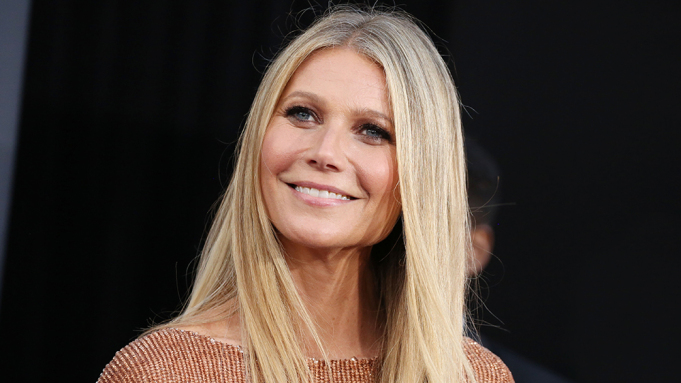 Gwyneth Paltrow has spoken about her marriage to Chris Martin of whom she confesses “never wanted to divorce”. She says that thanks to their separation she discovered many things about herself that have been very beneficial in her marriage to Brad Falchuk.

Gwyneth Paltrow and Chris Martin met in October 2002 backstage at one of Coldplay’s concerts, the band where Martin is the lead singer. Since then they began dating until in December 2003 they were married in a secret wedding without guests in Santa Barbara.

From their marriage, their two children, Apple and Moses, were born and for 10 years the actress and the singer were one of the most solid marriages in Hollywood. Until in 2014, they announced their separation through a statement on Goop, the website of the actress’s company.

Now, seven years after their separation, Gwyneth has confessed in an interview with Anna Faris on ‘ Unqualified ‘ that she never wanted to divorce Chris Martin:

“By getting divorced, I have learned a lot about something I least wanted in the world. I never wanted to divorce. In theory, I never wanted not to be married to the father of my children, “says the actress.

Although, she assures that thanks to this decision she has been able to learn a lot about herself and evolve in a way that she had never thought:

“But I have learned more about me through that process than I could have imagined.”

After her breakup with artist Gwyneth Paltrow, she began dating ‘Glee’ producer Brad Falchuk, whom she met while participating in some chapters of the musical series.

“Because I focused on responsibility, I was able to find the most amazing man and build something that I have never had before with Brad, my husband.”

Paltrow and Falchuck tied the knot in September 2018, at which point a new life began for the actress: “We were friends first for a long time and then I once thought, ‘Are we going on a date? Is this happening?’ I was scared because he is a person who demands presence, intimacy, and communication in a way that I just didn’t know how to do it … if I have an argument I lock myself in, then I leave the room and he was like, ‘No’, he says: ‘Absolutely not, we are sitting down and we are solving this,’ he comments on how some of his attitudes as a couple changed.

“He demands that I be honest with myself in a way that is difficult for me but that really helps me grow,” she ends by saying.

An Exceptional Relationship With Chris Martin

Following their divorce, Gwyneth Paltrow and Chris Martin have had an exceptional relationship. First, for their two children, they have in common, but furthermore, the ex-partner has shown that it is possible to continue having a great friendship after having broken up as a couple.

So much so that the interpreter has a great relationship with the partner of Chris Martin, the actress from ‘Fifty Shades of Gray’ Dakota Johnson with whom he has been dating since 2017 and it has been rumored that they are planning their wedding together, where it seems to be Paltrow will have a big role.