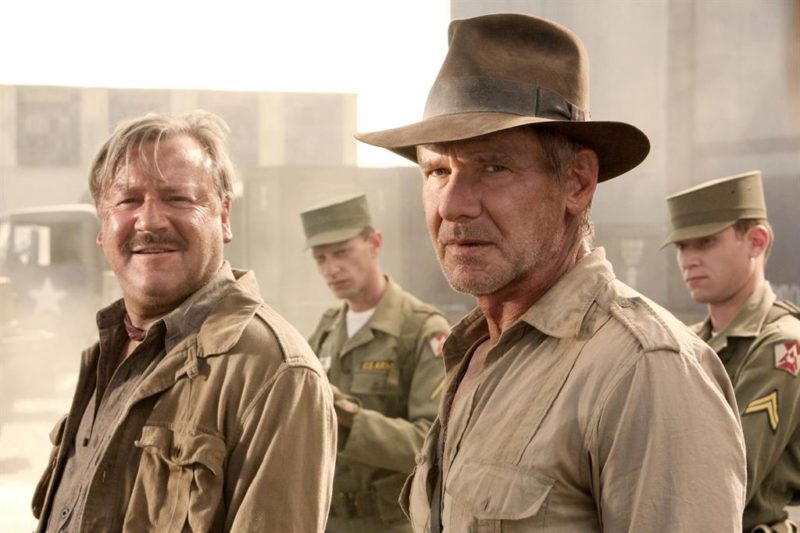 Harrison Ford has suffered a shoulder injury while rehearsing a scene during the filming of the fifth installment of ‘Indiana Jones’. The severity of the injury is unknown. The 78-year-old actor, has been forced to rest while the studio reconfigures the film’s filming plan. For now, the premiere date, scheduled for July 29, 2022, has not been modified.

Filming the fifth installment of the saga of Lucasfilm began earlier this June in Pinewood and other UK locations. “In the course of rehearsals for a fight scene, Harrison Ford suffered a shoulder injury. Production will continue while the most appropriate treatment for the actor is evaluated and the shooting plan will be reconfigured as needed in the coming weeks“Disney said in a statement, according to Deadline.

It is not the first time that the actor is injured in a production. It already happened in 2014 when he returned to incarnate Han Solo in ‘Star Wars: The Force Awakens’, in which he suffered a severe blow to the leg when a hydraulic door on the Millennium Falcon was unexpectedly closed. In 2016, he injured his hand when he accidentally hit Ryan Gosling in a scene from ‘Blade Runner 2049’.

As the severity of the injury is not known, it will be necessary to wait to know if the production will be delayed more than expected. For now, its director, James Mangold, will continue to shoot sequences not related to Ford, while Disney analyzes the situation.