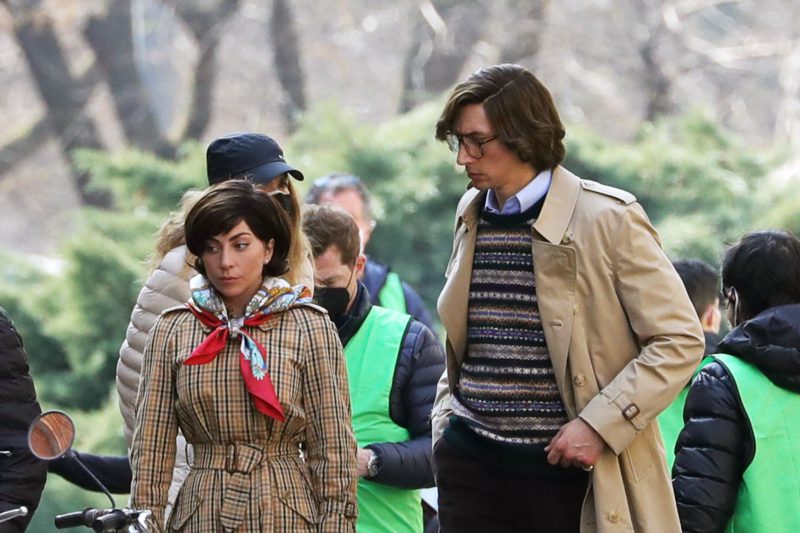 House of Gucci is a film that stars the famous singer and actress Lady Gaga, Jared Leto, Adam Driver, and many more big stars. Here are all the news and curiosities we discovered in Ridley Scott’s film.

Directed by Ridley Scott, the movie will revolve around the tragic murder of fashion designer Guccio Gucci’s grandson Maurizio Gucci.

When Will House Of Gucci Release?

After the news of a film starring some of the greatest artists from the entertainment world, the question arises: when will House of Gucci release? Fans waiting for the release of this movie indeed have some great information that can let them hold on for a while. The film will be released on November 24, 2021, in the US.

Gaga, who has been previously nominated for Oscar for her performance in A Star Is Born, will make a comeback to big screens with Ridley Scott’s multi-starrer project. Gaga will take over the role of Patrizia Reggiani, Maurizio’s ex-wife, who was reportedly convicted for plotting Maurizio’s assassination in 1995, as reported by Deadline. She was sent to jail for over 18 years, finally being released from jail time in 2016.

The news about Gaga being a part of the project was first reported in November 2019, and later in April 2020, it was brought to notice that MGM brought rights to the drama.

House Of Gucci: What Is The Plot?

House of Gucci is a film directed by director Ridley Scott, nominated for several Academy Awards for extremely famous movies such as The Gladiator and The Martian. The project was written by Roberto Bentivegna and is based on the same name by Sara Gay Forden. Metro-Goldwyn-Mayer and Scott Free Productions handled production, and United Artists Releasing will distribute the film. Principal producers include Kevin J. Walsh, Giannina Scott, and director Ridley Scott himself.

The film follows the tumultuous events of the famous Gucci family and the murder of the grandson of the founder Guccio Gucci. Lady Gaga plays the role of Patrizia Reggiani, the ex-wife of Maurizio Gucci, played by Adam Driver instead, tried and convicted for organizing the death of her ex-husband. The woman spent 18 years in prison and only came out in 2016.

House Of Gucci: Based On A True Story

Maurizio Gucci was shot and killed in Milan on March 27, 1995. The incident took place outside his office. Maurizio was a fashion tycoon and Guccio Gucci’s grandson, one who founded the Italian fashion house. He was married to Patrizia Reggiani since 1972. The two were constantly in the headlines of the Italian tabloid for their battle over the control of Gucci.

The two also had two daughters. In 1985, Maurizio and Patrizia split up officially after he left her for another woman. After the betrayal, Patrizia threatened to kill Maurizio in public, which made her the prime suspect in Maurizio’s murder case. After the murder of Maurizio in 1995, investigation led to the arrest of Reggiani and men she reportedly hired to execute her ex-husband in 1997. Patrizia was sent to prison to plot Maurizio’s murder for 18 years and was released in October 2016.

The film House of Gucci cast includes several very famous actors, such as Lady Gaga, Adam Driver, Al Pacino in the role of Aldo Gucci, and Jared Leto in the role of Paolo Gucci. Among the actors, there is also the great Jeremy Irons in the part of Rodolfo Gucci. We report below the names of the various actors and their respective characters. 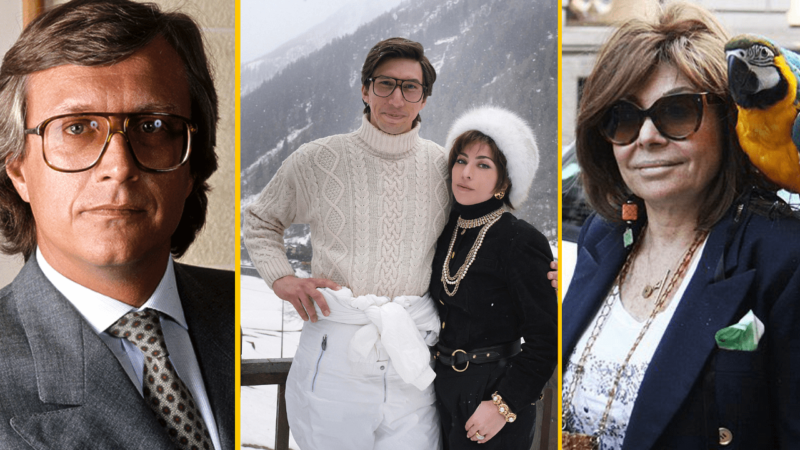 We’ve always talked about how much Jared Leto hasn’t aged over the years, and it’s always been ironic about how this was possible. However, on the set of House of Gucci, the makeup artists managed to age and even by so much the actor, making him completely unrecognizable. Jared Leto plays Paolo Gucci in the biopic, and the first photos stolen from the set are shocking.

The singer and actor is 49 years old, but he has to play an older man in the House of Gucci. Currently, Jared Leto is in Milan to shoot his first scenes as Paolo Gucci for the film House of Gucci. Here he was photographed with a completely new look, created by a talented team of makeup artists and hairstylists who make him another person. Jared Leto wanders on the set with a principle of baldness, with a face marked by time and with an eccentric look.

Paolo Gucci, played by Jared Leto, was made vice president of Gucci Shops Inc. and Gucci Parfums of America from the year 1954 before his uncle fired him. He later passed away in 1995 due to an illness.

Also Read: House of Gucci: the twisted true story behind the movie

The Film Is Based On A Book

The Ridley Scott is based on the novel ‘The House of Gucci: A Sensational Story of Murder, Madness, Glamour, and Greed’ written by Sara Gay Forden. The book revolves around the charming life of the couple and everything that eventually led to the murder of Maurizio Gucci.

House Of Gucci: Is There A Trailer?

House of Gucci is one of the most anticipated movies of the year, and the fans got its trailer when they needed it the most. With actors like Lady Gaga, Adam Driver, Al Pacino, and Jared Leto, we already knew that the movie would be a blast, and the trailer somehow proves it.

Finally, the first images from the trailer for House of Gucci arrive the film that tells of the murder of Maurizio Gucci commissioned by his ex-wife Patrizia Reggiani in 1995. The trailer shows us melodrama and an adventure worth knowing.