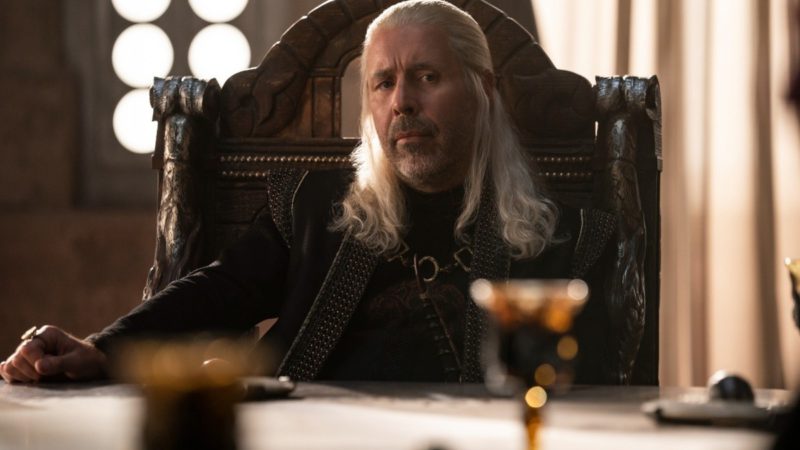 House of the Dragon is the prequel fantasy historical drama to Game of Thrones, which will follow the events of two centuries before the events of the original series. The Targaryen House will be the focus of the plot as the family plunges into a civil war for control of the iron throne. A battle in which at least half a dozen dragons will put action to the HBO fiction.

The new series is scheduled to premiere on August 21, 2022 on HBO and streaming platform HBO Max, it was announced Wednesday. Fans of the universe created by George RR Martin are eagerly awaiting another House of the Dragon trailer, while Matt Smith, who plays Prince Daemon Targaryen in the series, revealed an important detail about the drama, referring to Game of Thrones.

In House of the Dragon, Daemon Targaryen is one of the members of the royal house that promotes the civil war known as ‘Dance of the Dragons’. During an interview with Comicbook about his movie Morbius, his interpreter stated that House of the Dragon had to forge his own identity, which distinguishes it from Game of Thrones. However, he did not reveal specific details as to the elements that make it different from the original drama. This the actor said:

“I think it’s really different than the original series, to be honest with you. I mean it has to be. The original series was its own thing and it was, it was so brilliant and it kind of made a mark in a way that would be impossible to repeat. So, I don’t know.” The truth is that I have not seen any, so it is difficult for me. He’s essentially in the same world, he has to take on a slightly different identity. But who knows? I have no idea”.

Let us remember that Game of Thrones, despite being one of the series with the highest ratings in the entire history of television, presented a season 8 finale that, in addition to being devastating, was one that divided both specialized critics and fans of the series, because of the way the story ended.

Unfortunately, Matt Smith did not reveal further details regarding the issue that refers to the differences between House of the Dragon and Game of Thrones. The actor claims that he hasn’t seen any of the episodes, but it’s understandable that he would subject House of the Dragon to spoilers ahead of the premiere. Fans can only prepare and wait to see the release of the prequel that promises to be something big.

According to the official synopsis for HBO’s House of the Dragon, the prequel series finds the Targaryen dynasty at the absolute height of its power, with more than 15 dragons under its yoke. Most empires, real and imagined, crumble from such heights. In the case of the Targaryens, his slow decline begins almost 193 years before the events of Game of Thrones, when King Viserys Targaryen breaks a century of tradition by naming his daughter Rhaenyra as heir to the Iron Throne. . But when Viserys later fathers a son, the court is shocked when Rhaenyra retains her heir status, and the seeds of division sow friction throughout the kingdom.

Jim Carrey’s harsh reflection on what happened with Will Smith, what did he say?