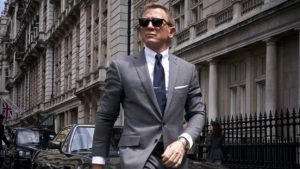 One of the best things about all of James Bond movies is that, whether you watch it randomly or in order, in the end, you will be covering all types of paradigms and styles of the movie in depth. James Bond Franchises has a very glorious history that dates back to the early 1960s, and since then, it has come a long way until now. We have also seen many changes in our James Bond character, be it Sean Connery, Daniel Craig they all have entertained us throughout.

With the recent release of No Time To Die, we understand you might be excited to see it, so no worries, you can watch the latest one and can then continue watching it through the earliest installments. So grab your snacks and here is the order you can watch different movies.

The very first James Bond movie was shot on a very low budget and it became a critical and commercial smash. The main lead was played Sean Connery, who is a 007 agent that heads to Jamaica in order to locate a missing British agent. In the movie, you will also see a bond girl Honey Ryder who famously emerges around the sea. The movie was directed by Terence Young and collected almost 59.5 million USD.

The second film in the order of James Bond movies is From Russia With Love. This movie completely expands the Spectre of the evil organization. The movie also introduces the audience to different franchise stalwarts that include the pre-credits scenes, bond gadgets, helicopter sequence, and theme song. It is a complete action-based denouement after the climax of the story. Again Sean Connery is the 007 agent in the movie and it is again directed by Terence Young. The movie From Russia With Love collected almost 79 million USD in total.

The third big-screen movie of the James Bond franchise was Goldfinger. The movie comes fully loaded with new Bond girls, memorable villains, gadgets, and loads more. If you are watching James Bond movies for the first time then you can start your journey from this movie as well. Goldfinger movie will give an abridge experience you never expected. This movie was directed by Guy Hamilton and had a box office collection of 125 million USD.

Thunderball movie was a popular Bond film that climbs the SPECTRE ladder and stops directly at bossman #2. Under his watch, the evil organization of the movie threatens nuclear destruction if they don’t get 100 million euros in diamonds. This movie brought back the first director of the James Bond franchise Terence Young back in direction and Sean Connery in the lead role. The total box office collection was 141.2 USD in total.

If you are one of the greatest fans of The Simpsons then you will easily recognize this title which gave “You Only Move Twice”. This movie finally reveals the true identity of the SPECTRE leader who got Ernst Stavro Blofled. He was the one who hopes to kick off WWIII through a unique plan. This film was directed by Lewis Gilbert and collected over 111.6 million USD in total at the box office.

This James Bond movie presents George Lazenby’s only performance as Agent 007. The Aussie’s actor fleeting presence garnered great appreciation from the audience. This movie actually stood up to the true spirit of the original novels and features a great amalgamation of romance and drama when compared to its predecessors. The movie was directed by Peter R. Hunt and gathered over 82 million USD in total.

The actor Sean Connery came back again in the middling franchise movie. In this movie, the 007 agent tries to solve a diamond smuggling operation and Bond faces off against the SPECTRE again. This is the time when Blofield brings the satellite lasers out into the play of the movie. The movie is directed by Guy Hamilton and gains good appreciation from critics and the audience. It also collected over 116 million USD.

Live and Let Die introduces British Actor Roger Moore makes his debut as the cinema’s most appreciated spy agent. This movie portrayed James Bond’s character more like a villain that was quite different from other movies by the Franchise. The movie collected a whopping amount of 161.8 million USD at the box office.

This James Bond movie introduced us to an Assassin named Francisco Scaramanga who has a golden bullet with Bond’s name on it. So this is a movie that foes with Roger Moore’s outing and further plays off the golden theme of the movie where you will see many solar weapons getting involved. The actor playing the Bond character is Roger Moore and the movie is directed by Guy Hamilton.

Roger Moore brought up his best efforts in this pair bond movie where he cane with KGB agent Major Anya Amasova. Both of them together went on to the investigation that puts them on the path of shipping megalomaniacal scientist Karl Stromberg. The movie was directed by lewis Gilbert and it collected 97.6 million USD.

The other lineup of the James Bond movie brings Moonraker in the list in which Bond heads into the space for a new adventure. The movie features a new villain Hugo Drax and his henchman daws. This was a commercial blockbuster movie and was very much loved by both critics and the audience. The movie collected an amazing amount of 210.3 million USD in total at the box office.

This movie brings up a new mission for our 007 agent in which he has to find out a missing launch device before it gets in the hands of enemies. Even though the movie had a very simple concept of it still made a good collection at the box office that equals 195.3 million USD.

When we talk of James Bond movies, they are very rarely coy when it comes to sexual themes. that was the scene with Octopussy’s movie as well and we can completely see it in the title of the movie. The movie narrates a story of an international jewel smuggler who rules over an island of women. The movie was directed by John Glen and collected a good amount of 187.5 million USD at the box office.

Roger Moore portrayed himself as James Bond in this amazing 1985 bond mive A View To A Kill. The movie also stars Christopher Walken who is a scheming industrialist and wants to completely blow up the entire San Francisco to hack up the microchip market.

If you remember Timothy Dalton then you will be recognized as a true James Bond franchise fan. This is his first two bond movies that help him find KGB officer defect from the Soviet Union. The movie did great at the box office and collected over 191.2 million USD.

This is the movie in which Bond loses his a license to kill where the title of the movie is completely opposite. In this movie, James Bond is sent on a mission that pursuit of drug kingpin Franz Sanchez. Timothy Dalton is playing the role of Bond agent and the movie is directed by John Glen.

James Bond franchise movies actually kicked off in their popularity with this popular movie GoldenEye. In this movie, a group of Russians gets their hands on a secret space weapon and agent 007 goes on a mission to stop it. The movie collected a whopping amount of 352.1 million USD at the box office.

Tomorrow Never Dies is one of the most popular movies from the James Bond Franchise. In this movie, agent bond takes over Elliot Carver who is the main spark behind WWIII. This movie portrayed a plot that was quite far-fetched back then but not so much today. The actor playing Bond here is Pierce Brosnan and the movie was directed by Roger Spottiswoode.

The craziest official James Bond franchise film The World Is Not ENough depicts great manipulation of global events. The movie involves high-profile assassination and relations with former KGB agent Renard. The box office collection of The World Is Not Enough is 361.8 million USD.

Die Another Day was the final Bond movie by Pierce Brosnan as the lead actor. The movie involves African diamonds, grueling torture, solar energy, and loads of military conflict between  North and South Korea. This movie brings very different concepts altogether that impressed the audience and collected over 431.9 million USD.

This was the inaugural performance as James Bond by Daniel Craig. This very movie actually rebooted the franchise and took viewers to the history where it all began. The movie’s concept culled from Ian Fleming’s debut novel about the famous spy and depicts the very first mission of the 007 agents. The movie collected a huge amount of 616.5 million USD at the box office.

This movie is considered as an overstuffed entry, Daniel Craig’s second outing as agent 007 against the evil organization Quantum. The movie is at the heart of the story and brings a complete maniacal plan of the 007 agents to control Bolivia’s water supply. The movie was directed by Marc Foster and collected over 589.6 USD.

The Skyfall movie by the James Bond franchise brings strong The Dark Knight vibes. The movie stars Javier Bardem as the former MI6 Agent. The movie brings a vicious game of cat and mouse chase with a series of disastrous events. The movie collected 589.6 million USD at the box office.

This movie of the James Bond Franchise completes a full circle by reintroducing the SPECTRE. The movie also introduces Ernst Stavro Blofeld who is now played by Christoph Waltz. This was a blockbuster movie that collected a whopping amount of 880.7 million USD at the box office.

No Time To Die is the recent and latest James Bond movie that comes straight out of retirement. Despite suffering different setbacks and delays the movie is soon going to be out in the theatres for all the James Bond fans out there. The movie is directed by Cary Joji Fukunaga. This movie surely lived up to all the hype that was created over the two-year waiting period and is still collecting great feedback.

So, you have these official James Bond films to watch over to complete your wishlist of watching all the James Bond Franchise films. Do let us know which one’s was your favorite in the comments section below.