How to watch The Expanse season 6 release date and Time 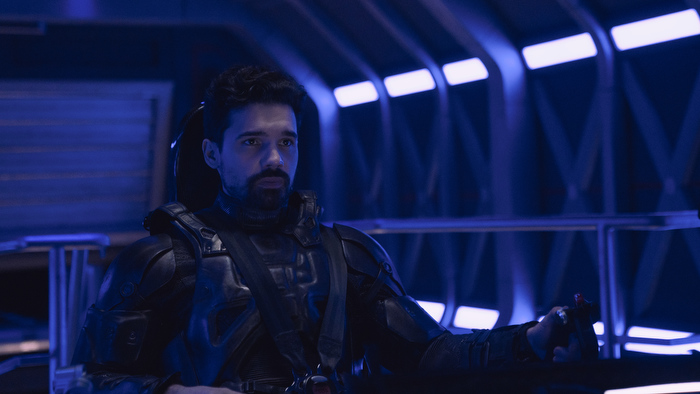 Amazon Prime Video snatched The Expanse show directly from the jaws of cancellation and has shifted the sci-fi drama to new heights of success. However, all things come to an end and the sixth season of the show will bring the story to a close. Season 6 of the show will bring the action with the solar system and the crew of Rocinante is now fighting alongside the combined fleet of Earth and mars who are against Marco Inaros and the free navy’s campaign of death and destruction.

Now, if you are one of the craziest fans of the series The Expanse, here is everything you need to know about this amazon series.

Amazon Prime Video also dropped the first full trailer for The Expanse season 6 in the month of November. The trailer also sets up a foundation to look forward to a final chapter with style. You can watch the trailer mentioned below.

Expected Plot Of The Expanse Season 6

The finale episode of season5 created a stage for what’s to expect to come next. Now, Marco will firmly be established as one of the most dangerous figures in the universe. The official synopsis from Amazon reads:

“The solar system is at war. As Marco Inaros and his Free Navy launch devastating attacks on Earth and Marks, tension threatens to tear the crew of the Rocinante apart. Secret missions could turn the tide, but something is brewing on a distant planet that could cause trouble for everyone.”

All the eyes will now be on the next move, and the crew of Rocinante has more bad news to deal with. especially following the death of Alex Kamal that had been suspected after the departure of actor Cas Anvar.

The showrunner said in his statement: “We started realizing we’re telling a war story that wasn’t heavy because it didn’t have consequences,” he told Entertainment Weekly. “And really the way to drive those things home is when you start talking about losing characters who are important to the audience.”

He added: “It gave realism and cost and a real sense of loss to this incredibly epic season. And from a dramatic perspective, it has tremendous ramifications going forward in how the loss of this very important part of the Roci crew hangs over every character in season six.”

Episode Timeline of The Expanse Season 6

The previous season of the series The Expanse has featured up to 10 episodes but the final season will come up with just six episodes in total. The finale will be available to stream on 14th January 2022. Listed below are the episode names and their release dates:

How to watch The Expanse season 6 online

Amazon prime video will unveil the final chapter of the fan-favorite sci-drama that began its run on Syfy that eventually moved up to the streaming service. Season 6 begins when the action picks up with the solar system in an all-out-of-war James Holden. The crew of Rocinante is also fighting alongside the combined fleet of earth and mars against the Marco Inaros, the free Navy’s campaign death, and destruction.
The tension and constant losses have also threatened the crew to pull apart. To save it from that Chrisjen Avasarala makes a bold move and sends the former Martian Marine Bobbie Draper on a secret mission that could completely turn upside down the conflict.
So, here’s how you can watch the series online:

How to watch The Expanse season 6?

In the United States, viewers can also watch The Expanse season 6 on Amazon Prime Video that starts on Friday. It is November 10 at 12:00 Am ET. Season 6 will premiere with the first episode and the remaining episodes will be dropped every Friday. So, all you need to do is to join the Amazon prime video subscription that you can also sample with a one-month free trial as well.

The Prime Vidoe subscription costs $12.99/£7.99 per month. While Amazon prime Vidoe is available in the majority of the countries if you are located in a region where it is not available then you can watch it along with the rest of the internet facilities. With the help of the right VPN (a virtual private network), you can stream the show from whichever location you want to.

While The Expanse season 6 is the finale season of the series, we also know that there are three more books after the 6th one from which the series is adapted. That means there are still many stories left out to tell and if the right studio takes the responsibility it could surely happen that we could get the series after finale season 6 as well. But there is a big uncertainty in this so take this news with a grain of salt.

The Expanse is now streaming now on Amazon Prime Video. You can watch it easily there. Also if there’s any new update we will surely let you know by updating our article. Do let us know will you be watching the series or not.