How To Watch The ‘Harry Potter’ Reunion Special In Canada 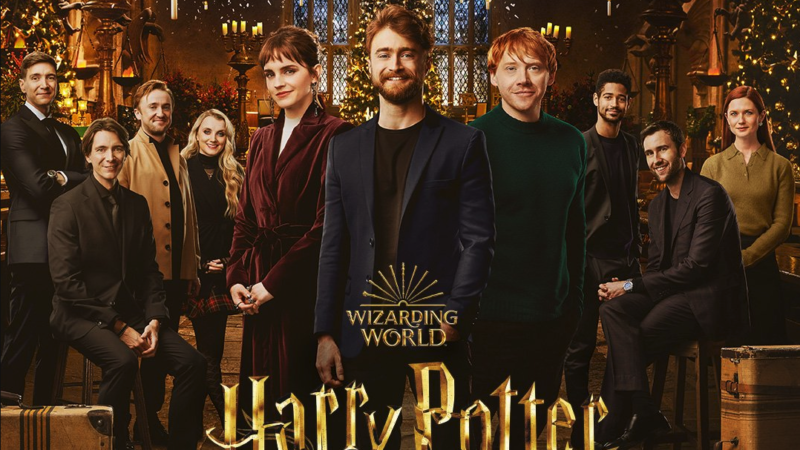 To celebrate 20 years of Harry Potter on the film, Rupert Grint, Daniel Radcliffe and Emma Watson all are returning back for a reunion. It’s almost time to travel to Hogwarts once again. We know that Return to Hogwarts is here.

Harry Potter reunion is one of the biggest yet special anniversary celebrations of the Harry Potter film franchise. In order to observe the milestone, the company has brought itself together with all the cast and crew of our favorite fantasy series Harry Potter and we can’t be happier than that.

The reunion special will bring all your favorite characters and behind the camera people on the screen. From Daniel Radcliffe to Emma Watson and franchise directors Chris Columbus. The streaming service HBO will drop the reunion special on January 1, 2022. And on the same day, it is being released in the United States as well on HBO max. Here’s the trailer link for Harry Potter 20th Anniversary reunion special episode.

So all the fans who are residing in Canada have been looking for ideas to watch Harry Potter Reunion. According to the reports what we got Crave is the official streaming partner for the Harry Potter Reunion special for the fans who wish to see the series in Canada. The streaming platform Crave subscription starts at CAD 10 per month. However, you will need the HBO add-on which will cost you around an additional CAD 20 per month.

The mobile plan of CRAVE is currently the cheapest one and users can avail of it at CAD $9.99 a month. This special plan enables customers to stream the series from one registered device via the web or through the mobile application of CRAVE.

According to our research earlier there used to be subscription tiers for Crave. And those tiers would only give access to certain titles. Also, all of the Crave content is now available with both the total and mobile plans.

So the unscripted special series will drop on Jan 1 on HBO MAX and if you are in Canada then you can easily stream it on CRAVE. You can also stream all the eight movies in the Harry Potter series to CRAVE for streaming in Canada.

At present, there is the only way through which you can watch Harry Potter Reunion in Canada. No other way out is available, as soon as there comes a new way we will update you with it for sure. Till then stay tuned to our website. Share your views about the Harry Potter reunion in the comments section below.