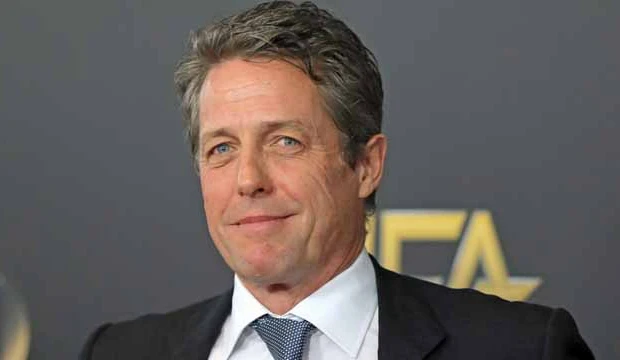 Hugh Grant (61) will take on a series role for Netflix, as the US industry portal “Deadline” found out. The project was penned by Charlie Covell (38), the author and actress is said to have created a “mythological” format called “Kaos” for the streaming provider. Production on the dark comedy is slated to begin this summer.

The series is being touted as “a bold, darkly funny, contemporary take on Greek mythology,” according to the report. The focus should be on love, power and life in the underworld. In Covell’s “bold reinvention of Greek myths” something will probably be different than usual, “except for the treachery and arrogance of a bunch of fickle gods and their cosmic machinations”.

Grant is slated to portray the outwardly almighty but actually “desperately insecure and vengeful Zeus” who has long enjoyed his status as king of the gods. Until he wakes up one morning and discovers a wrinkle on his forehead, according to “Deadline” about the content of the eight-part series. He develops a neurosis “that leads him down a dangerous, paranoid path. Zeus is convinced that his doom is imminent – and begins to see signs of it everywhere”.

Zeus’ god colleagues also have their problems in “Kaos”. His once-trustworthy brother Hades (David Thewlis), god of the underworld, secretly loses control of his domain. There’s a backlog of dead, which makes them uneasy. Hera (Janet McTeer), queen of the gods, wields dominion over the earth—and Zeus—in her own unique way. But their power and freedom are threatened by Zeus’ growing paranoia. Zeus’ rebellious son Dionysus (Nabhaan Rizwan) is also spiraling out of control and finds himself on a cosmic collision course with his father.

Meanwhile, on Earth, people yearn for change. However, Poseidon (Cliff Curtis), god of the sea, is more concerned with the size of his superyacht and the next party. The mortals Riddy (Aurora Perrineau), Orpheus (Killian Scott), Caneus (Misia Butler) and Ari (Leila Farzad) apparently don’t want to watch the doings of the gods any longer…

“I’m absolutely thrilled to be making ‘KAOS,’ and I can’t think of a more exciting or dynamic team of people to bring this all to life,” Covell is quoted as saying by Deadline. “I think I’m still shocked to hear the news that Hugh Grant has agreed to play Zeus – that was my dream.”