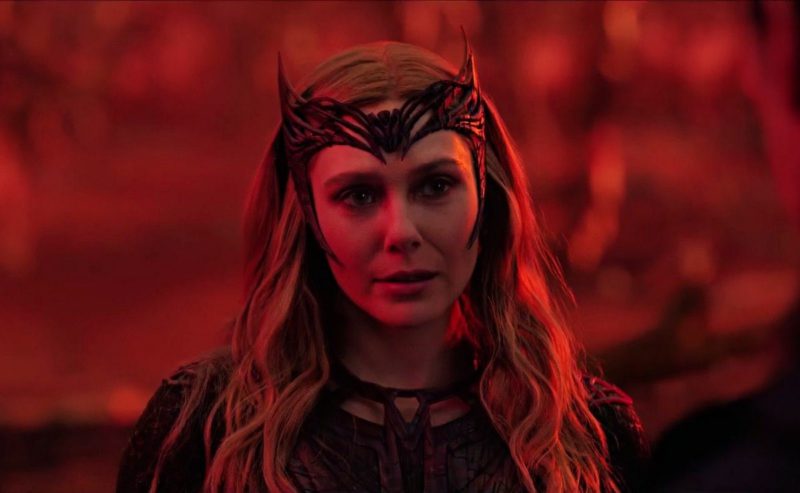 On May 6, 2022, the renowned actress Elizabeth Olsen will once again be present on the big screen as the powerful Scarlet Witch in the movie ‘Doctor Strange in the Multiverse of Madness’ although many fans hope that Marvel Studios will soon confirm a story solo for the witch, and she promises to be there.

In the Marvel comics, the Scarlet Witch is one of the most beloved characters thanks to her great power when controlling the magic of chaos, and within the Marvel Cinematic Universe she has been very well received thanks to the interpretation of Elizabeth Olsen, who, excited, finally answers the possibility of starring in her own solo film.

It might interest you: Elizabeth Olsen wants to say an iconic phrase from Scarlet Witch

It must be remembered that Elizabeth Olsen shared the screen with Paul Bettany to together bring the series ‘WandaVision’ to Disney+, which turned out to be a mega success and this could help Marvel Studios set their sights on Scarlet Witch for a possible solo movie, from which several rumors have emerged on social networks but no official confirmation.

It might interest you: Scarlet Witch impresses Marvel fans with new scenes

Oh, I don’t know, but if you have a good story to tell, I’ll be there,” Elizabeth Olsen responds to the possibility of seeing a solo movie for Scarlet Witch.

In a recent interview to promote the premiere of ‘Doctor Strange in the Multiverse of Madness’, Elizabeth Olsen assured that if the movie ‘Scarlet Witch’ is confirmed, she will surely be there to star in the story of the character she has given life to. for several years and is becoming more and more popular.

Of course it is impossible to know if the plans of Marvel Studios are promising for Scarlet Witch, given that there is a strong rumor about her possible death in the sequel to ‘Doctor Strange’, so first we will have to wait for it to be present in this long-awaited UCM production to find out how likely it is to see her again in the future.

After the saga of infinity has come to an end, Marvel Studios must prepare to tell a new story, and according to a report by Kevin Feige announced at CinemaCon 2022, the production team will take some time to plan the following 10 years of superhero movies and series, among which could be ‘Scarlet Witch’.

At the moment everything seems to indicate that Marvel Studios will confirm a movie for Scarlet Witch at some point in the future, however it is impossible to be sure if this will happen but there is no doubt that, if confirmed, it will be a great success and Elizabeth Olsen will amaze on the big screen as the mighty Scarlet Witch.