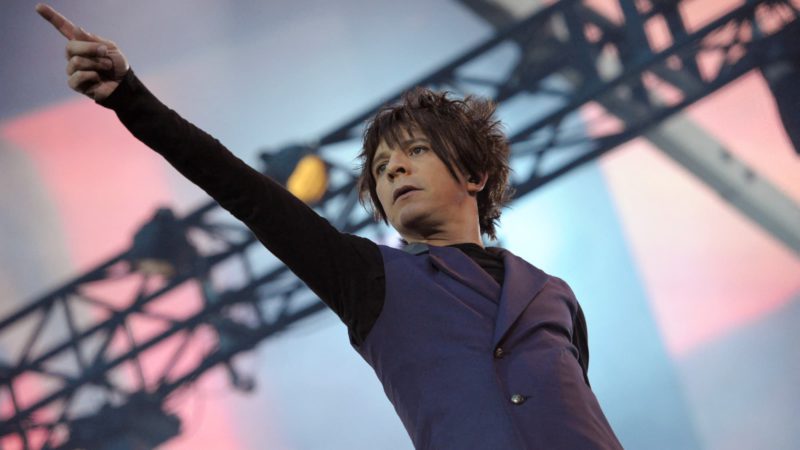 The catalog of the famous streaming platform has just been enriched with a pretty little nugget. A must for all fans of Indochina: Black City Parade, the film is a documentary released in 2013, retracing behind the scenes of the creation of the album of the same name. And so it is now to (re) see on Amazon Prime Video.

Notice to all fans who will never tire of the music or the wanderings of the greatest French rock band: we invite you to (re)discover an essential documentary on Indochina, Black City Parade, the film. A documentary that is certainly nothing new, since it was released in 2013. So why? Well simply because it recently arrived on Amazon Prime Video. And if that’s not a good excuse to re-(re-)watch it…

As you probably know, and as its title indicates, this documentary was produced alongside Indochina’s 12th and penultimate studio album, Black City Parade. A disc carried by the singles Memoria, College Boy or Traffic Girl, which has sold some 280,000 copies since its release in February 2013. While it obviously gave rise to an incredible tour, it has therefore also been the subject of this tasty and instructive film.

The genesis of Black City Parade

Because for the first time in more than 30 years of career, the group led by Nicola Sirkis has indeed opened its doors to the cameras, for no less than 14 months, throughout the process of creating this album. The director Fabien Martineau, also known under the pseudonym Winslow Paradise, has indeed followed Indochine from his first musical research to the final mixing of the opus. An adventure that made him travel from Normandy, where the models were composed, to Brussels and then to Berlin, for the studio recordings. And allowed him to capture the functioning of the group, in all its intimacy, alternating between testimonies and work sequences, between color and black and white images as well, to give a well-chiaded aesthetic to this documentary which perfectly fulfills its objective: tell the genesis of Black City Parade. A must for all fans of pure Indochina.

As a reminder, Black City Parade, the film was unveiled a few months after the release of the album. Some lucky people had been able to discover it in preview in some cinemas in the presence of the group, in particular at the Grand Rex, for an exceptional session followed by a surprise concert. The documentary was then directly invited into the living room of Indochina fans through a DVD release in June 2013. Is it not part of your video library? So this is the opportunity to (re) see this little wonder, now available in your Amazon Prime Video subscription!