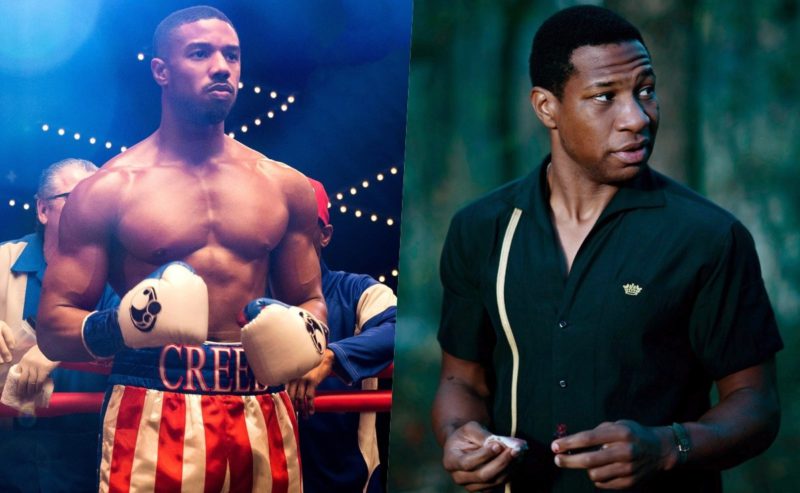 Since last June 2021, Michael B. Jordan and Jonathan Majors began to have talks for the ‘Loki’ actor to join the third part of ‘Creed’. And now we have the first photographs of the protagonists from the recording set of the long-awaited film set in the ‘Rocky’ universe.

The third part of ‘Creed’ will be starring and directed by Michael B. Jordan, after Ryan Coogler, director behind the first part, and producer in the second, left the project to take on ‘Black Panther: Wakanda Forever’ for Marvel. And although the details so far have been kept secret, now we know a little more about what awaits us.

It might interest you: Michael B. Jordan reveals why Rocky Balboa comes out of Creed 3

The location of the ‘Creed 3’ recording set is not known, but we can see Jonathan Majors, famous for his appearance in the Disney + series ‘Loki’, and soon in ‘Ant-Man and the Wasp: Quantumania ‘, in one of the scenes that will surely be the training montage of the tape.

It might interest you: Interesting: 6 Movies on Netflix based on real events

In the photographs we can also see Michael B. Jordan, who plays Adonis Creed, but this time he is in charge of directing the sequence. As for the character of Jonathan Majors, it is unknown what role he could play in the film, but fans speculate that he could be the son of Clubber Lang.

What is most striking about the photographs is the impressive muscle mass that Majors has gained, compared to the physique that we have seen of the actor in other movies and series in his career. Which makes sense given that if he’s playing an opponent of Adonis Creed, he has to be formidable enough to take on his enemy.

Recent Jonathan Majors projects include Spike Lee’s ‘Da 5 Bloods’ and ‘The Harder They Fall’, two Netflix productions. After these titles, it was that last year he joined ‘Creed 3’, while in Marvel he will be the villain Kang, the Conqueror, in ‘Ant-Man and the Wasp: Quantumania’, which has been delayed to January 28 July 2023.

The premiere of ‘Creed 3’ will mark the directorial debut of Michael B. Jordan, who has been quite excited to participate in the film, which will no longer feature Sylverster Stallone as Rocky Balboa. This story starring Jonathan Majors and Tessa Thompson opens on November 23, 2022.