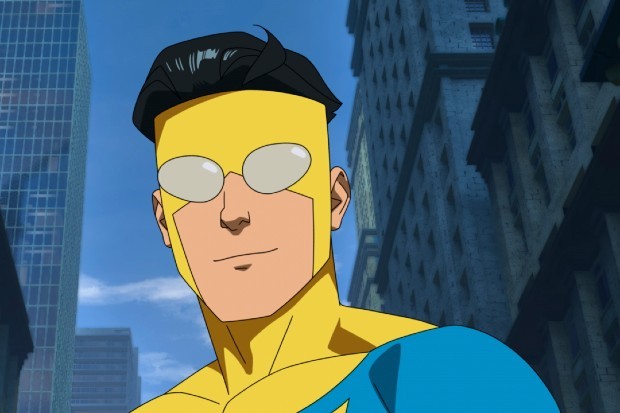 Invincible series was one of the most anticipated shows of Amazon Prime Video. Just after a few days of its release it garnered huge attention from the viewers and was immediately a hit. Amazon’s R-rated animated adaptation Invincible of Rober Kirkman and Cory Walker’s series was truly a treat for the audience in 2021. Fans also got very happy after hearing that there will be more of the series.

At present, it is somehow unclear, when or what will be the Invincible series will lead to in season 2. But there have been some reports that say, we won’t be getting Invincible season 2 until 2023. This bold new superhero series completely changed the television landscape of the year 2021 and no doubt why the series has been renewed for two more seasons.

The adult animated series Invincible is based on a comic named The Walking Dead creator Robert Kirkman. Not the entire series is based on that because some changes have been made to the original story in the leap of the small screen. Speaking at Comic-Con, Kirkman said that fans will get more twists and turns in the series. He also assured us that they are going to adapt the entire 144-issue saga.

He said in his statement: “The show will progress about the way season one did. Future seasons will sometimes hue closely to the comic and sometimes stray,” he said. “We’re making plans to do the entirety of the comic in a cool way. We want to plus up and change stuff in a big way, as we did with the fight between Invincible and Omni Man in season one.”

The writer of the show also gave us some teasers for the fans of the comic books. The impending arrival of the two more formidable villains in Angstrom Levy and Conquest. For all the fans out there, we have collected all the information so far available about Invincible season 2 release date, cast, and more.

Unfortunately, we do not have any confirmed release date for Invincible season two as of now. However, makers have assured fans that more episodes and seasons are surely on the way. On the finale day of the series, Amazon Prime Vidoe itself confirmed that Invincible had been renewed for a second and third season on the streaming platform.

The news was celebrated with a tweet video shared below:

Hey @InvincibleHQ fans! @steveyeun & I have some potentially exciting news to share about season 2 and… pic.twitter.com/1rgEQCTwxR

He said: “I’m extremely thankful to Amazon for the support and dedication they’ve put behind Invincible,” said creator Robert Kirkman. “The comic book is truly a love letter to a genre that Cory [Walker] and I grew up reading and loving, and it’s been a gratifying journey to watch our characters come to life again through the animated series.

Most of the online web shows follow a roughly annual release pattern, as a result, we can expect the series to come sometime in spring 2022. That’s because a show like this needs quite good care and attention to detail.

The main Invincible voice cast- Steven Yeun, JK Simmons, Sandra Oh are all expected to reprise their roles for the second season. They will also be joined by the large star-studded cast including Gillian Jacobs, Walton Goggins, Jason Matsoukas, and Zazie Beetz. Honestly, no cast confirmations have been made by the makers of the show, but we can surely expect all the main characters of the series to return. Here is the list of the cast members we know:
Read Also  'Lord Of The Rings' Surpasses 'Game Of Thrones'! Here's What You Should Know

It is also possible we may also see many other voice actors as well. Also, we saw in the first season Robot is the artificial host body of Rudy Conners who is an individual who genetic defects meant to live outside of his saline tank. So we don’t know whether Quinto will return or not. We know Robot has a big role to play in the comics. As far as new actors are concerned Kirkman expressed interest in having more actors like Laurie Cohan, Michael Cudlitz, and Lennie James.

The comic series is fun but a very confusing one. There are many directions through which the Invincible season 2 goes on. But we already have some idea of what the next installment of the show will comprise of. According to the season 1 finale, there are some hints from the series that official Twitter account.

The season 1 finale ended where we saw Omi Man was supposed to conquer Earth for the Viltrumite Empire. After some time he realized that he could not kill mark and enslave humanity for his people and he then heads out into space for an unknown destination.

Season 2 of the show will pick up the story where Mark will be tasked to keep the earth safe from the invading Viltrumites. He also has to fight and help the coalition of planets to stop the former from carrying out any universe expansion. If you truly want an insight into the story then you should check out Robert Kirkman’s Invincible comic books for the show.

It’s sad news for the fans, there is no trailer for Invincible season two just yet, but we will surely update the article about the trailer or teaser release as soon as we get them. Till then you can complete your Invincible season 1 or rewatch it to stay in the loop.

Invincible series is available to stream on Amazon Prime Video. stay tuned to our website as we will keep posting all the updates of Invincible season 2 right here. Will you be watching season 2 of Invincible? Are you excited? answer us in the comments section below.

Most Beautiful Movie Locations in the World