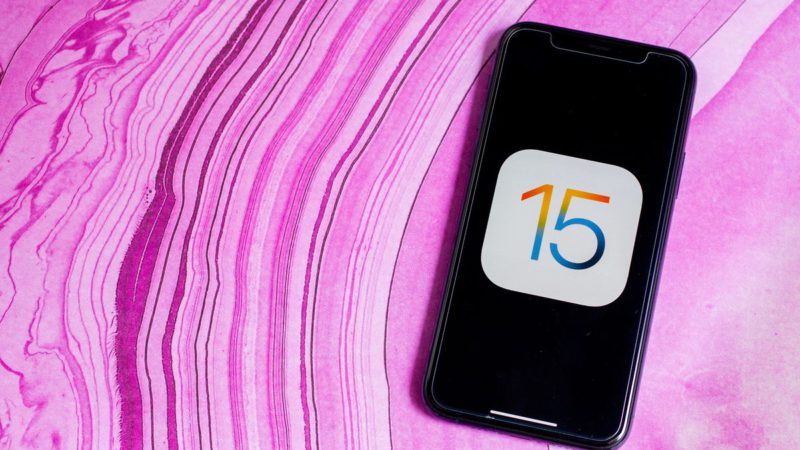 iOS 15.2 is ready to launch, and it is jam-packed with new features. The development is in beta, and we have a clear idea of what should we expect from the upcoming version. Here we have mentioned some of these upcoming features. You will get information about the release of iOS 15.2 in this article and the supporting models of the same.  In a nutshell, if you can install iOS 15 on your phone, you will also be able to install this latest version.

Two betas of iOS 15.2 have already been released as of now, indicating that the final version will be available soon.

iOS 15.1 was released on October 25, nearly one month after the release of iOS 15. Indeed, Apple’s upgrades are usually spaced out by around a month, so a November 25 release date for iOS 15.2 seems feasible.

However, the corporation does not always adhere to this schedule, and it is seldom a month. So do not be shocked if iOS 15.2 arrives a little early or a little later than that – maybe even in December.

In terms of compatibility, it will work on any iPhone that can run iOS 15 or iOS 15.1. That includes all iPhones starting with the 6S.

As per techradar, iOS 15.2 includes the following features:

The most important update in the upcoming version is the Privacy Report application.  A dedicated setting is allocated for generating a Privacy report in the Privacy option of the menu.

After enabling this feature, the user can detect which sensor or application is using specific data and which application can send such data. This new feature can also detect whether the application is tracing the users’ location.

With this information, users can choose to limit the functionality of that specific applications to protect privacy.

Legacy Contacts is one of the major features included in iOS 15.2. This empowers the user to choose one contact who will have rights to the user’s Apple ID profile if the user dies.

However, before accessing, the contact has to submit the death certificate of the original user, failing which certain information will be lost forever.

In the Mail app, use the Hide My Email function

Hide My Email is not a brand-new feature; it enables iCloud Plus customers to establish random email accounts that forward to your primary email address and maybe erased at any moment. So it is a method to keep your email confidential without having to have a separate inbox for junk mail.

Moreover, with iOS 15.2, you will be able to send these emails immediately from the Mail app while writing a message, something you can not do right now, making the process a lot easier.

To prevent being tracked, use Find My

With iOS 15.2, users can resist being tracked by using this unique feature. This application can find whether any unidentified gadget is interacting with your iPhone or not.  After identifying the unknown tracking gadget, this new feature will give a recommendation to the user for disabling it.

Parents may opt to activate Communication Safety in Messages on their children’s devices. If such happens, the Messages application will identify nudity in photographs that are transmitted through Messages. After that, the photographs will be obscured, and the youngster will be cautioned about the material and asked to affirm that they want to see it.

This nudity detection is done entirely on the device, so it has no impact on encryption or alerts Apple or anybody else.

Notification Summary has been redesigned

The Notification Summary has been redesigned in the newer update, with notifications now being presented in a single card rather than a series of cards. It is not a huge improvement, but it gives room for a more elegant aspect and helps to decrease clutter.

Updates to the TV app

The TV app will gain a new Store tab in iOS 15.2, separating purchasable Apple TV Plus programming content. The app also gets a new sidebar in iPadOS 15.2 that contains all of the app’s divisions. This will do the work of the present bottom screen bar.

A fix for Face ID

Currently, having the display of an iPhone 13 model repaired by a third-party service center would damage Face ID, but Apple is working on a software upgrade to prevent this from occurring.

Although it has not been verified as an iOS 15.2 feature and no release date has been specified, it is possible that it may be released in the next software update.

With iOS 15.2, Apple’s Emergency SOS call service’s Auto Call function will be more adjustable. Users will be able to select whether to activate it by pressing the volume and side keys together or by swiftly tapping the side or top button five times.

Previously, you could not choose between these two techniques; the one that functioned for you was determined by the iPhone model you had.

When utilizing the holding down buttons technique, the countdown before the call has been increased to eight seconds. (previously it was three seconds)

We can anticipate bug and security patches in iOS 15.2, as is traditional with software updates, although it is unknown which concerns would be addressed.