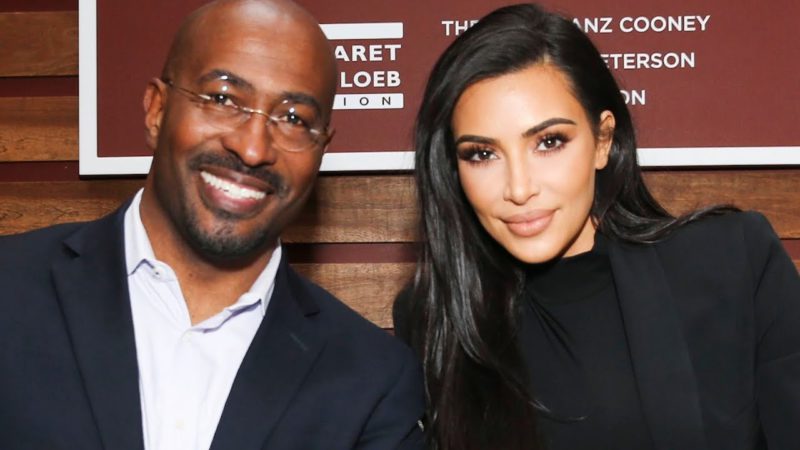 A new man would have entered Kim Kardashian’s life, just two months after she filed for divorce from her husband Kanye West. Strong rumors indicate that the star of “Keeping Up with the Kardashians” is opening the doors to love after six years of marriage with the renowned rapper and businessman, with whom he shares four children: North West, 7 years old, Saint West, from 5, Chicago West, 3, and Psalm West, 1.

According to reports, Kim, 40, would be in close contact with the reporter for CNN, Van Jones, 52. He is a news commentator, lawyer, and author of bestsellers of The New York Times. He has also served as a political commentator for CNN anchors, and has co-hosted several shows including “Crossfire,” “The Van Jones,” and “The Redemption Project.”

The dating rumors are getting louder. Kardashian and Jones have been friends for years, but there is speculation that their friendship has turned romantic in recent months. In 2018, they worked together to get Alice Johnson pardoned from a life sentence stemming from a 1996 conviction on non-violent drug charges. Jones ended a long marriage to his wife of 14 years, Jana Carter, in 2019.

Twitter users accuse the television star of using Jones to advance her legal career. “People will see Kim using Kanye to advance her in the world of fashion and using Van Jones to help her advance her next career in the field of law,” said one fan. “If Kim Kardashian marries Van Jones, I will no longer do all this life. That will just be too much for me,” said another.

Sources close to Kardashian reject speculation of a romance, saying the two have a long working relationship and a shared interest in criminal justice reform in the United States. Last week, a source told Page Six that the SKIMS CEO is hunted by top-notch actors, members of the royal family, athletes, and billionaire CEOs.

Jennifer Aniston Can’t Stay Away From Her Pets