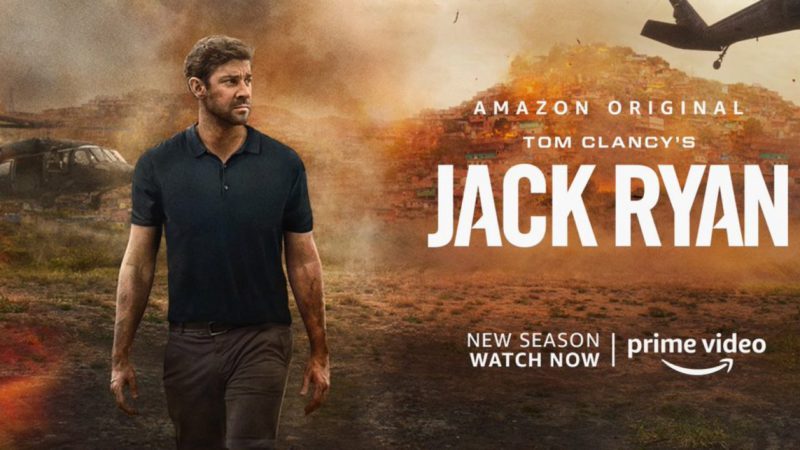 Tom Clancy’s Jack Ryan is one of the most popular shows on Amazon Prime Videos, and fans have been patiently waiting for a third season for a long time now. The latest update regarding the show’s future is the addition of a new cast member who will replace Marianne Jean-Baptiste in the action drama.

As reported by Deadline, Betty Gabriel (Get Out) will portray the role of Elizabeth Wright, after the departure of Marianne Jean-Baptiste from the show due to creative differences. The third season is currently under production so Gabriel will have to reshoot some of the scenes Marianne completed while she was on board.

Gabriel is not the only newcomer in the third season of the action drama. James Cosmo (Game Of Thrones), Peter Guinness, Nina Hoss, and Alexej Manvelov, will be joining the show with new characters.

Also Read: Enola Holmes 2: What Will Happen In The Netflix Sequel?

As far as the rumors about the departure of John Krasinski from the show are concerned, we can completely state that the fan-favorite actor will be reprising his role in the new season of Tom Clancy’s Jack Ryan.

Krasinski has many projects planned in the coming future, including the latest ‘A Quiet Place: Part 2’ which is written and directed by the actor himself. The movie is slated for a theatrical release on May 28, 2021, and is already garnished with a pile of positive reviews and feedbacks on Rotten Tomatoes.

Do We Have A Release Date For Season 3?

So far, Amazon Prime Videos has not revealed anything regarding the release date of the new season. It is not new that the show has been delayed due to the COVID-19 pandemic as the virus affected the entertainment industry at its worst. The third season is currently under production and as soon as we have any official update regarding the release of Season 3, we will be the first one to share it with you.

Getting Paid to Play: 6 Steps to Becoming a YouTube Gamer